PLAYING YOUR TUNE? (some text hidden)

So you want a plush used executive car? Problem is, you don't have an executive budget. This is a situation tailor-made for your local Hyundai salesman. Doubtless, he or she will point you towards a used Sonata - and it could prove to be something of a bargain - as long as you buy carefully. This is a large saloon that makes a lot of sense. If all you want is a plush, well equipped and smartly-styled conveyance offered on the market at the kind of money BMW 7 series buyers would call VAT, then look no further.

The Sonata was launched back in 1989 with a choice of three four-cylinder engines - a 1.8, a 2.0-litre and a 2.4. The first generation model was, in truth, unappealing and few were sold. Trim is cheap and build quality patchy. The second generation model, launched in 1994, was altogether different. It had a smart European look and a quality feel. There was more equipment, better build quality and a 3.0-litre Mitsubishi-derived V6 for the first time, to complement the standard 2.0-litre 'four'. The car was mildly facelifted late in 1996. An all-new Sonata was launched in 1998 with a swoopy new American-designed body. As before, there was a choice of 2.0-litre four-cylinder or V6 engines, but both were heavily reworked. The new 2.5-litre V6, in fact, was now Hyundai's own design, like the four-cylinder units.

What You Getword count: 98

You could easily mistake this car for an up-market Mazda or Toyota and the lines, from second generation onwards anyway, are appealing. Inside the spacious cabin, it's all a fairly familiar Oriental recipe. Lots of plastic and plenty of equipment. Once seated behind the infinitely adjustable steering wheel, you become au fait with the instrument layout in seconds. As far as dimensions are concerned, the Sonata loses out to some competitors in rear legroom, but takes the lead in front and rear passenger headroom. The rear seats split-fold down to offer increased carrying capacity for the large boot. 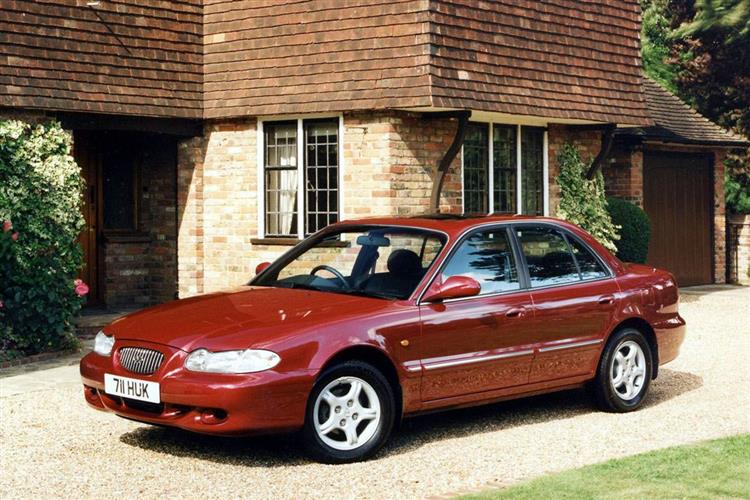