SOFT IN THE HEAD FOR A CELICA (some text hidden)

Although Toyota's Celica has carved a niche for itself as a sweet handling, swoopily styled sports coupe, fewer buyers associate the brand with convertibles. The Celica generation produced from 1994 to 1999, known as the ST205 series, produced a Cabriolet model that went almost unnoticed by the British public. That's good news for used buyers, because if they can track one down, they'll be rewarded with a very underrated vehicle at ultra competitive prices.

With the Celica ST205 series, many ardent Toyota watchers felt the company had lost the plot a little. The cars had become bigger, heavier and had taken their eye off the sporting focus. All of these criticisms certainly ring true if you're the hard charging sort looking for a GT4 to fling around a few corners, but if you're in the market for a Celica Cabriolet the news is all good. After all, most convertible owners aren't interesting in ten-tenths handling, preferring to concentrate instead on refinement, style and space. In all three of these areas the ST205 was a better car than its predecessor, so whilst the Celica range as a whole didn't hit the spot, the Celica Cabriolet suddenly became a car worth having. Trouble was, not many people twigged. Sales of the Celica Cabriolet remained rooted to the floor and even today the car is a relatively rare sight. This wasn't helped by a price tag comfortably the wrong side of £30,000. A minor change was made in 1995 when the car received as high level brake light. Replaced in 1999 by an all-new model, if you can find a decent Celica Cabriolet you'll not be disappointed.

What You Getword count: 69

The Celica Cabriolet is a delightfully benign boulevardier with a surprising turn of pace when prodded into life. Agreeably practical for a convertible and with generous equipment levels, it also offers peerless reliability and ease of driving. If you want a sporty handler or a car that has interior styling to match today's best you may be disappointed but on most other counts the Celica Cabriolet does the business. 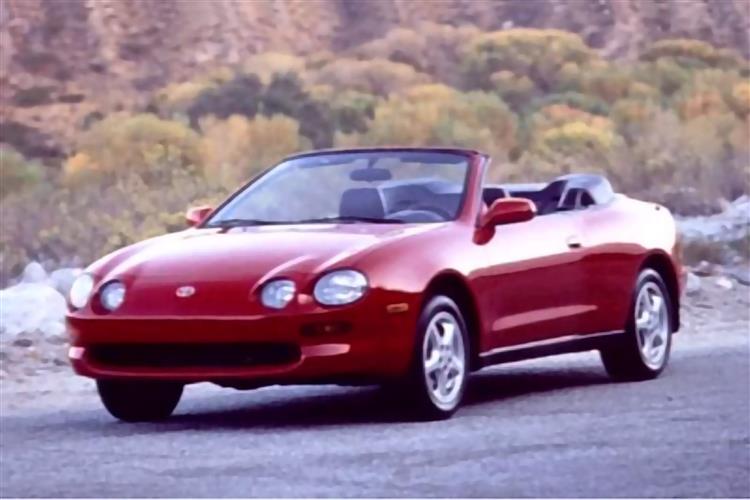