When it comes to performance cars, you usually get what you pay for. The market is generally well tuned in to what's the hot ticket and adjusts the price accordingly. Every once in a while, however, a car slips under the mainstream radar. Just such a car is the Toyota MR2 Turbo. Never officially imported to the UK, the MR2 Turbo is probably the biggest performance bargain around. Where else will £3,000 buy you a slinkily styled two seat mid-engined coupe with rear wheel drive, Toyota reliability and the sort of performance that can leave a Porsche Boxster gasping? Exactly. Before you write the car off as impossible to service, consider that the MR2 Turbo is ostensibly a UK specification MR2 with a UK specification Celica GT4 engine plumbed in. Suddenly it doesn't seem quite so daunting.

A number of factors have coincided to make the MR2 Turbo the performance bargain that it is. The first was a series of lurid headlines that accompanied the very first MR2 MK IIs that were imported to this country back in 1990. Car magazine, amongst others, complained that the handling was edgy, and that the previously sweet-natured MR2 had become a rather evil-handling beast that was virtually impossible to catch should you slide the rear wheels. The prospect of one of these cars with a turbocharger bolted to it doesn't sound very appetising. The truth is a little more prosaic. The MR2 Turbo was offered in three very distinct guises. The first version, referred to by MR2 enthusiasts as the Rev1, was the car that attracted the opprobrium of the motoring press and it's true that in extremis, these cars can be a little snatchy, especially in the wet. With 220bhp on tap, these were very powerful cars and were often purchased by customers who had no experience of mid-engined sportsters. At the start of 1992, Toyota introduced the Rev2 MR2 Turbo, identifiable by its fifteen-inch wheels and white front fog lamps. A limited slip differential was offered as an option and stiffer Bilstein suspension was fitted as standard. The steering was regeared and the engine features a stiffening brace across it. Power was unchanged at 220bhp but the car was now a good deal more manageable. This model proved very popular and is the most common MR2 Turbo variant found in the UK. True connoisseurs of the car will, however, want to splash out on a Rev3 model. These can be identified by their more modern modular tail light assemblies with round brake lights. Packing a hefty 241bhp, these cars feature a standard limited slip differential and uprated dampers. If you're looking for a car to use at track days, the Rev3 is the most suitable model. The MR2 Turbo continued to be sold in Japan right up until 2000 with the car receiving a few incremental changes to the in-car entertainment and wheel options but staying mechanically similar, eventually being replaced by the lightweight and less powerful MR-S roadster.

The MR2 Turbo is about as practical as a mid-engined roadster can get. The interior is relatively spacious with plenty of elbowroom and headroom and there's even a fairly generous boot tucked behind the engine. The turbocharged models can be identified by their raised engine cover whereas the normally aspirated cars have a flat panel. Japanese cars are often fitted with a higher level of standard equipment than we generally come to expect in equivalent UK cars and the MR2 Turbo is no exception. The GT-S features cloth trim whereas the upspec GT model features half-leather trim, a more sophisticated air conditioning system and electrically folding door mirrors 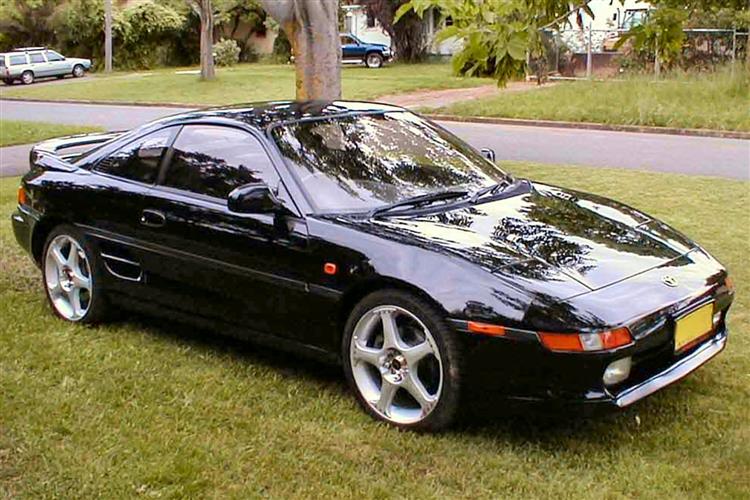