What's the best way to rumble someone who knows nothing about cars? Wait until they crack a joke about Skodas. Whereas once Skodas were a byword for automotive catastrophe, these days buying a Skoda marks its driver down as Someone Who Knows About Cars. What goes around comes around, and Skodas are now amongst the most sought after used car buys around. The car that firmly put the Czech concern on the map is the Octavia. Despite the 'three-box' body, the Octavia is in fact a five-door hatchback. An estate version was subsequently launched, and the Octavias were so far ahead of the competition that the only thing they had to fear were VW group siblings such as the SEAT Toledo and VW Bora.

Since 1991, when Volkswagen took a stake in Skoda, the Czech company's progress has been incredible. Alongside Audi it is now the most profitable company in the Volkswagen Group with 70% of its production exported worldwide. The Octavia represented the first of the 'next generation' Skodas. Launched in 1998, the Octavia had a bitty, fragmented product roll out with each product line being introduced as and when it became available. The estate versions were launched months after the hatchbacks, and engine choices appeared and disappeared. The original range consisted of 1.6 litre cars, in LX 75bhp, GLXi and GLXi Estate 101bhp variants, and 1.8 turbo cars, introduced in October 1999. The 1.8 is the familiar 1.8T turbo unit as seen in the Golf, Passat, Audi A3 and many others, and replaced a normally aspirated 1.8 unit. The 2.0 litre cars were introduced at the same time in GLXi or SLXi trim, hatchback or estate. Three different 1.9 litre diesel engined cars were available. A 64bhp SDi hatch proped up the line-up. The 90bhp GLX TDi in hatchback or estate version followed, and the range topping 110 bhp SLX TDi was similarly available in both body styles. The diesel-engined models proved very popular with UK buyers, with the 90bhp unit selling in the biggest volumes. In October 2000, a revised range appeared with new Classic, Ambiente, Elegance and Laurin&Klement trim derivations. There were minor interior and exterior styling changes, price reductions and specification improvements. A 1.4-litre entry-level hatch version was introduced and a 150bhp 1.8T petrol 4x4 estate followed in January 2001. In February 2001, a flagship 180bhp 1.8T RS hatch was launched, the first really sporty Skoda. Late 2001 saw the introduction of the 150bhp 4x4 hatch version. In winter 2002, the RS was renamed the vRS and an estate version was made available. A TDI 130 diesel followed in the spring of 2003 and summer 2004 saw the second generation Octavia arrive.

What You Getword count: 262

The Octavia looks distinguished in the kind of way that Lancias once did. With its prominent grille and conservative front end, there's a gravitas to the Octavia that has carried over into the Fabia, becoming a Skoda family look. Designed to target the Far Eastern companies at the bottom of the medium range sector such as Daewoo, Proton and Hyundai, the Octavia was probably too successful for its own good. Not only did it beat these rivals on almost every subjective criterion you could imagine, it also ate into the sales of VW group rivals from allegedly more prestigious brands. That said, the fact that it is the VW Groups bargain brand is perceptible, especially on the inside. The interiors are solidly built, but lack the wry detailing of Volkswagens and the urban chic of Audis. Despite protest from Skoda engineers to the contrary, the feel is 100% German. It really is a toss-up between the 1.8 litre turbocharged models and the TDI 110 versions as to which is the most impressive. Lately, however, Skodas privileged market position has come under threat by the release of the similarly priced but jauntier SEAT Leon. Best to go for late 1999 and on cars, especially the SLX models which swapped a sunroof for electronic climate control and a single CD player. Equipment lists are par for the course, with all models apart from the base LXi getting ABS. GLXi, SLXi and SLX TDi models were all fitted with EDL traction control systems, should the urge to emulate a Skoda works rally driver overcome you. 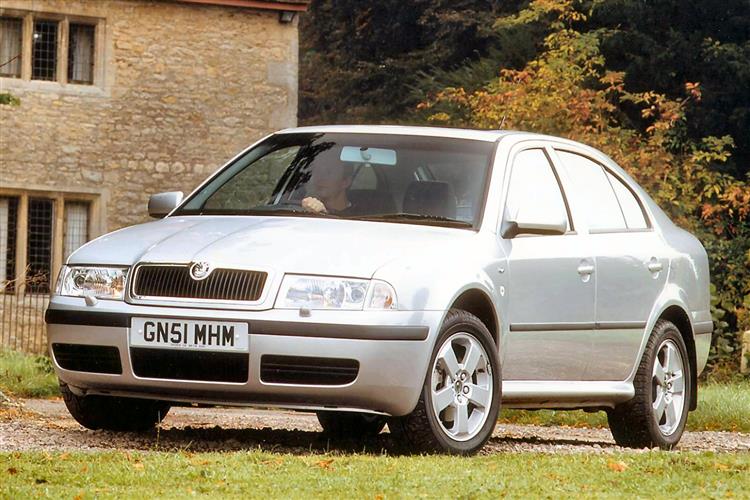