By anybody's reckoning, Peugeot's 205 ranks as one of the key small cars of the last 20 years. It proved that superminis could not only be practical but fun too. Around a decade and a half after it was originally launched, Peugeot was still making it and it was on sale here until 1997. So, as you might expect, there are still some good examples on the used market.

The 205 was launched as a five-door hatchback in 1983 on the back of the marque's successful World Rally programme. Initial engines included 1.0, 1.1, 1.4 and 1.6-litre petrol units and a normally aspirated 1.8-litre diesel. Three-door versions followed soon after. The first three-door GTi, the 1.6, arrived in 1984 and redefined the affordable hot hatch market. Five years later, a 120mph 1.9-litre version was added. Both cars also came in Cabriolet form. Performance in a different guise came from the surprisingly rapid turbo diesel, which joined the normally-aspirated engine in 1991. In terms of visual improvement, Peugeot stylists did very little after 1983 admitting frankly that the original shape needed no embellishment; customers appeared to agree. There was a restyled dashboard with new rotary heater knobs after three years or so and a minor exterior makeover (revised front and rear light treatment) in 1990 but that was about it. The last examples were sold in Britain on 97P plates.

What You Getword count: 35

A little car that's miserly at the pumps but a whole lot of fun out on the open road. Not much to criticise in terms of packaging, though some of the trim is rather flimsy. 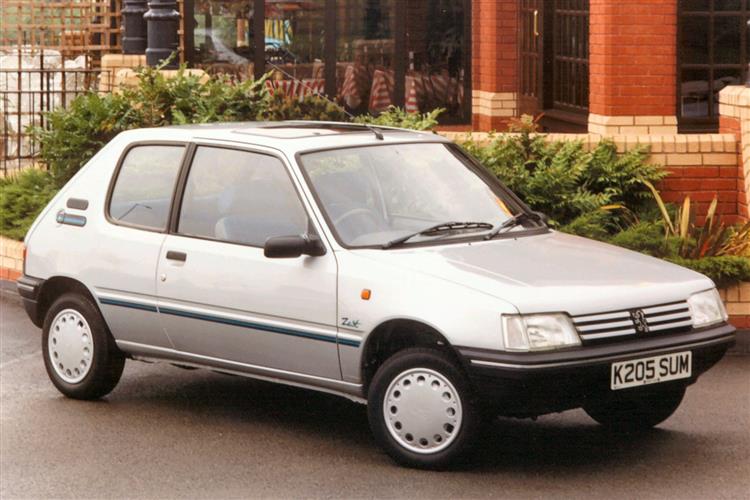