This is one of the best little shopping cars on the market and the good news is that it's now one of the best value used cars you can buy. Seen by some as the 1990s version of the Mini, the second generation Micra has achieved a great deal in its young life. True, the first generation model (which lasted for 10 years) was unexciting and appealed mainly to driving schools and elderly lady drivers. It was however, reliable and well built. Those comments apply also to the second generation post-1993 'Noddy Car' model, voted Car of the Year in 1993 and built not in the land of peach blossom but in Geordieland at Nissan's Washington plant in Tyne & Wear.

The first generation three-door Micra hatch arrived in 1983 - Nissan's first modern era supermini. Early cars offered one-litre power with base, L, Colette and SGL trim levels. Pre-`86 Micras had 6,000 mile service intervals which were then stretched to 9,000. Five-doors arrived in 1987 and 1.2-litre engines in 1989 when there was a minor facelift that improved the looks (the black grille was replaced by a body-coloured one). In 1992 the range was again freshened up with revised equipment. The all-new British-built Micra arrived in 1993 - a real shock with its Toytown looks. It immediately won praise from the pundits. The 16-valve 1.0 and 1.3-litre engines were all-new and nice to use; as was the clever CVT automatic which arrived a little later. The range was freshened up in 1996 with a minor makeover and some new model designations. A driver's airbag became standard on most versions and there were endless special editions but these are worth little more than the entry-level cars upon which they are usually based. The second generation was given a facelift in April 1998. The line-up now ranged from Equation to GX and Si; engines remained much as before with minor revisions. Outside, it was the same story with new headlamps and taillights and subtle bodywork tweaks. Inside, there was a new dashboard and trim plus better seats. Handling and ride were much improved. The line-up was slightly revised in May 1999, when the Equation was re-named the Profile. August 1999 brought a top-spec SE version with anti-lock brakes, passenger airbag and CD player amongst its extras. In August 2000, the range had further minor revisions, both inside and out, but the real new was the replacement of the 1.3-litre engine by a slightly pokier 1.4-litre unit. This was fitted to both S and SE three and five-door models as well as a new Sport+ derivative. In 2003 the Micra was replaced by an all new third generation model.

What You Getword count: 41

Reliability personified. In fact, it's a problem in some cases. Micras are so reliable that indifferent owners reckon it's hardly worth bothering with servicing. But, if you want a cheap small car to nip around in, start with the baby Nissans. 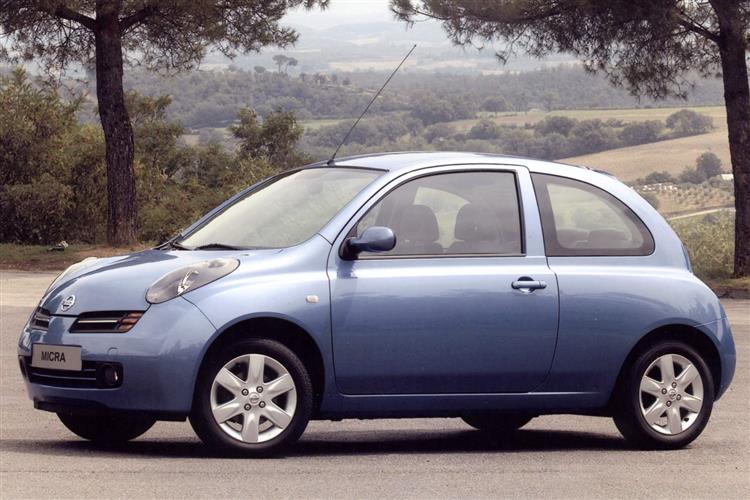