Peugeot's 309 will never be the kind of car you aspire to own but if you're a family buyer on a tight budget, it could very well be the one you need. The car was long ago replaced by the 306 range and, like that car, it was built at Ryton near Coventry as well as in France. Most examples are now pretty tatty but, if you can find a good one, this fine handling family hatch is still worth a look.

The 309 was Peugeot's first modern-era family hatchback, developed with mechanicals mostly borrowed from its smaller stablemate, the ultra-successful 205. At launch in 1986, there were 1.3 and 1.6-litre petrol models and a 1.9-litre normally aspirated diesel option. Trim levels ranged from XE and GE upwards. The single five-door hatchback body style was joined by a three-door option in 1987 when the pokey 1.9-litre petrol GTi hot hatch model was offered; this also came in five-door form from 1988 onwards. In October 1989, a revised range of models was launched. These featured a new grille, a larger tailgate opening to bumper level, new tail lights and a restyled interior. The 1.6-litre GL and GR auto models had an uprated 92bhp engine and Style was now the entry-level trim. In February 1990, a turbo diesel GRDT model was launched. In June 1991, the 1.1-litre models received a new 1124cc engine and the 1.3-litre motor was replaced by a 1.4. All petrol engines featured fuel injection and exhaust catalysts from October 1992. The 309 was replaced by the 306 in April 1993.

What You Getword count: 122

A bread and butter family hatchback and, often, not a particularly well-built one. The saving grace, however, was the 205-derived chassis, superb for the enthusiast without being unbearable for the family driver. The GTi in particular was arguably the finest-handling hot hatch of its generation. Less obviously, the turbo diesel was equally good to drive and probably the best all-round 309 you can buy. It was introduced in the restyled late 1989 line-up so build quality was much better and equipment levels on this model were high, too. If the budget is tight, the earlier normally aspirated diesel variants are worth a look even though they still command relatively strong values. Don't pay extra for any of the many tacky special editions. 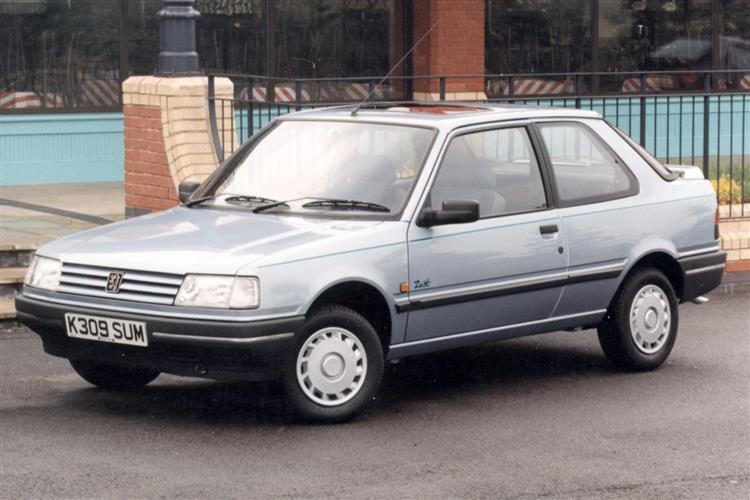