Now here's one that you may not have considered for quite some time but which is not altogether unappealing. The Nissan 100NX offers something a little different if you're after a budget used coupe and want manageable bills without the 'froufrou' image of something like a Vauxhall Tigra. Tracking one down isn't going to be easy but these cars were built on Nissan Sunny underpinnings and are therefore tough and reliable. It's not the last word in the style stakes, true, but the shape has worn well and your neighbour won't know what on earth it is.

The genesis of the 100NX appeared in 1986 in the shape of the no-nonsense Sunny family hatchback, a range which received a major shot in the arm in 1991 with the introduction of a revised range which featured more modern multi-valve engines and revised styling. Ushered in on the periphery of the Sunny barrage was the 100NX, a neatly-styled little coupe that went head to head with the Mazda MX3 and spawned rivals like the Toyota Paseo, another Oriental underachiever. While European markets got a 130bhp 2.0-litre model, the car sold in the UK was only offered with the less punchy GA16DS 1.6-litre 16v which was good for 90bhp, revised in 1993 to the GA16DE engine designation which managed 102bhp. Bear in mind that at the same time, Nissan was selling the 227bhp Sunny GTi-R hatch. The Californian-designed 100NX sold in small numbers over here, shifting around 5,000 units in the four years it was on sale. Its number was up the moment Vauxhall released the Tigra and Ford announced plans for the Puma.

The lift-off targa roof panels are the 100NX's biggest draw and differentiate it from its erstwhile rivals. The boot isn't a bad shape and holds 11.6 cubic feet of fresh air but if you want to stow the roof panels, then you won't have room for luggage. The rear seats are a joke, even when compared with compact coupe rivals. As a guide, you'll get 18inches of legroom in the Nissan compared to 25 in a Tigra and 26 in a Honda Civic Coupe. What's slightly baffling is where the Tigra and the Civic looked fresh in 1995, they have now dated quite significantly and the more restrained styling of the Nissan now appears easier on the eye. The 100NX was reasonably well-equipped, being supplied as standard with alloy wheels, electric mirrors, central locking, electric windows and power steering. It's worth bearing in mind that this car was developed before airbags and pretensioning seat belts became de rigeur although it is fitted with side impact beams. 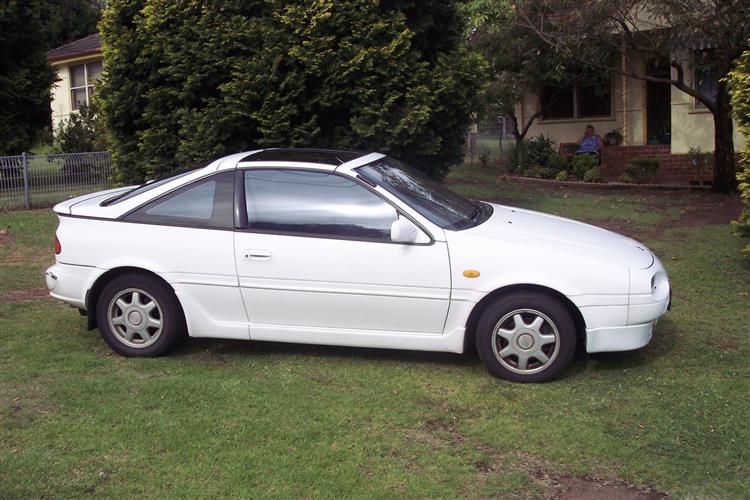