Spacious, comfortable and well-equipped, the Toyota Avensis quickly picked up the mantle of its well-liked predecessor, the Carina E, on which it was based. It's a popular used buy for those for whom value for money is a priority. This family-sized Toyota could be a bit more involving for the driver, but build quality and reliability are unquestionable. Like the Carina E, the Avensis was designed specifically for the European market and rather more so; unlike its predecessor you won't see it on the other side of the world. All models are built at Toyota's factory in Burnaston, Derbyshire and most have engines made in Deeside, North Wales.

Launched at the end of 1997, the Avensis was based on the Carina E, the first British-built Toyota. However, although some components and engines were carried over, albeit with numerous improvements, the car looked different enough, inside and out, to be considered as a brand-new model and Toyota's marketing boffins even thought that a new name was appropriate. Having chosen the right formula with the Carina, Toyota saw no reason to fiddle much with the choice offered to buyers and again offered a four-door saloon, a five-door hatchback ('liftback' in Toyota-speak), and a five-door estate. Four engines were available from launch - 1.6-litre, 1.8-litre and 2.0-litre petrol units and a 2.0-litre turbocharged diesel. Trim levels were rationalised, compared with the Carina. Buyers chose between S, GS, GLS, SR and CDX though not all trims were offered with all body styles or engines. SE special editions were launched in mid-1999. Based on the S specification, the SE models have additional items such as air conditioning and alloy wheels at extremely competitive prices when compared to the equivalent Ford Mondeo or Vauxhall Vectra. In November 1999 the Avensis SR D4-D four-door saloon arrived. The D4-D moniker stands for Direct injection, 4-stroke common rail Diesel engine, Toyota's first twin-cam four-valve-per-cylinder unit of this type. Towards the end of 2000, the range received a slight facelift, with improved equipment levels and reduced list prices. In summer 2001 an Avensis Verso compact MPV was launched, although this was based on the next generation Avensis platform and should, to all intents and purposes, be considered a separate model. The next generation Avensis itself arrived in early 2003 to replace the original range.

New or used, there's no shortage of quality competition for the Avensis in this hotly contested family and fleet sector. However, the Toyota's high specifications, build quality, long warranty, low depreciation and rear seat cabin space make it well worth serious consideration. So does the fact that owners like it - regular independent customer satisfaction surveys usually put the Avensis at or near the top. Stung by early criticism of the original Carina E for a lack of safety equipment, Toyota hasn't made the same mistake with the Avensis - all models have driver, front passenger and side airbags plus anti-lock brakes as standard. The wide choice of three distinctive body styles, three petrol engines and two diesels, plus a variety of trim levels, should make choosing the right model relatively easy. Even the entry-level S models have remote central locking, power mirrors and power front windows, and you gain air conditioning, an alarm and a sunroof as soon as you step up to GS level. The sporting SR and more luxurious GLS and CDX come with an even longer list of goodies including, dependent on model, alloy wheels and a CD player. As a driver's car the Avensis is not the most exciting in its class but it is nonetheless predictable and well behaved, with a comfortable ride. All controls operate with the precision of a Swiss watch and leave you confident that all will still be working tens of thousands of miles hence. For many buyers, the long-term peace of mind associated with Toyotas will be reason enough to choose an Avensis. 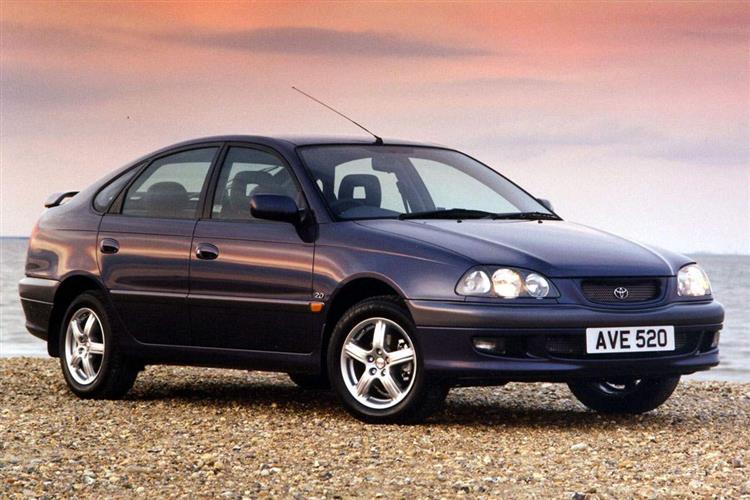