The Megane has been a major success story for Renault. Keen pricing, good levels of standard equipment, roominess and strong build quality have all helped, as have clever and constant TV advertising. The range of models on offer has also played a large part in the success with the closely related Scenic (now a separate range in its own right) in particular opening up a whole new market sector, that of the compact and affordable people carrier. For the used buyer, there's never been a better time to pick up a well-priced Megane, with all models on the market in substantial numbers. As a family car, the five-door hatchback and saloon offer a lot for the money, while the less common coupe and convertible offer distinctive looks for those who want sporty cars at a value price.

The Renault Megane was launched in April 1996 as a five-door hatchback with a choice of 1.4, 1.6 and 2.0-litre eight-valve petrol engines, plus normally aspirated and turbocharged 1.9-litre diesels. The Coupe version was also launched at the same time, with a choice of 1.6, 2.0 or 2.0 16v engines. In December 1996, a four-door version dubbed 'Classic' was introduced, based around the 1.6-litre petrol engine. In May 1997, the groundbreaking mini-MPV Scenic version was launched, with a choice of 1.6 or 2.0-litre petrol power or the 1.9-litre turbo diesel. A month later saw the introduction of yet another Megane derivative, the Convertible, available with the same engines as the Coupe. In February 1998, the turbo diesel engine was replaced by a more advanced 1.9-litre direct injection unit in both the five-door and the Scenic models. 'Easy' versions of the saloon, five-door and Scenic were also introduced with clever clutchless gearboxes but these were not popular and the option was soon dropped. A top-spec Monaco version of the Scenic was also made available. The Second Generation Megane arrived in April 1999 with a rather dubious restyled nose and revised tail light treatment, plus a restyled interior with extra equipment and twin front and side airbags on all models. Though the base diesel and 1.4-litre engines remained, the bulk of the range was now made up with more advanced units: a 95bhp 1.4-litre 16v and the 110bhp 1.6-litre 16v engine borrowed from the Laguna. This restyle affected only the five-door, Classic, Coupe and Convertible models: the Scenic was re-launched as a model in its own right in the Autumn.

What You Getword count: 33

A value-for-money compact family-sized car that's the safest thing in its sector. It doesn't feel as classy as some of the alternatives you'll find from, say, VW or Rover, but it's better equipped. 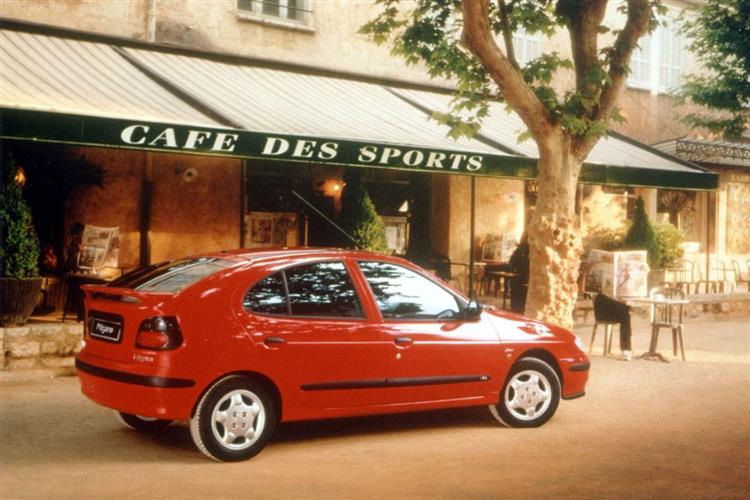