If you're thinking of buying a second-hand medium-range family saloon, then you're probably not thinking about buying a Hyundai. Ford, Vauxhall, Peugeot or Rover will be more familiar names on your shopping list. Look beyond the obvious, though, and you could be well rewarded. Hyundai's original Lantra saloon, launched in 1991 and replaced at the end of 1995 with a sleeker second generation model, was the first world-class car that South Korea ever produced. Priced tightly, well equipped and extremely reliable, it's now recognised on the used market as the thinking man's family saloon.

The first generation Lantra was launched in 1991 with a single 16-valve 1.6-litre Mitsubishi-designed engine and a choice of two trim levels, GLSi and CDi (which included alloy wheels, air conditioning and fake wood trim). A pokier 1.8-litre engine arrived in 1992, at which time all models also got side impact protection beams. In 1993, there was a mild facelift, and the range was strengthened by the introduction of an entry-level 1.5-litre variant. The interior was also reworked, for the better. There were four special editions: the 1.6 SEi in October 1991, the Opus' (based on the 1.8` CDi with spoilers) in February 1993, the Visage (based on the 1.5 GLS) in October 1994 and the Jura (offered as a 1.5 or a 1.6-litre auto) in June 1995. The second generation Lantra launched in Autumn 1995 was a better car still and came with a larger body and a choice of two 16v engines designed by Hyundai itself: a 1.6 and a 1.8. An estate model was added at the beginning of 1996. For the 1997 model year, the slow-selling 1.8-litre cars were superseded by new 2.0-litre versions. Unusually, the saloon (GSi) and estate (CD) differed in their model names and equipment levels but, as with the rest of the Lantra range, equipment levels were very high on both. Sorrento and Siena special editions with a mild frontal makeover were used to try and boost sales in March 1998 but it all had little effect. More successful was a more substantial front and rear makeover, announced in June 1998, together with a brighter interior. By now, model designations had returned to more traditional Si, GSi and CDX badging. Remo special editions with 1.6-litre engines were introduced in September 1999.

What You Getword count: 127

The original Lantra was the first Hyundai you might actually aspire to own. Earlier Hyundais had attracted a certain following through virtues like reliability, high equipment levels and most importantly, value for money. Worthy attributes certainly, but lacking that all-important 'feel good' factor so important to private buyers. The Lantra provides it in plenty, from the 'walnut' veneer in the flagship model to that all-important '16v' badge on the bootlid. The wedgy shape is quite desirable, too, clean, smart, uncluttered and very modern. In size, the car lies somewhere between a Ford Focus and a Vauxhall Vectra and could realistically be pitched against cars in either category. Hyundai always hoped that British buyers would see it as a cut-priced Mondeo or Vectra rival - a valid strategy. 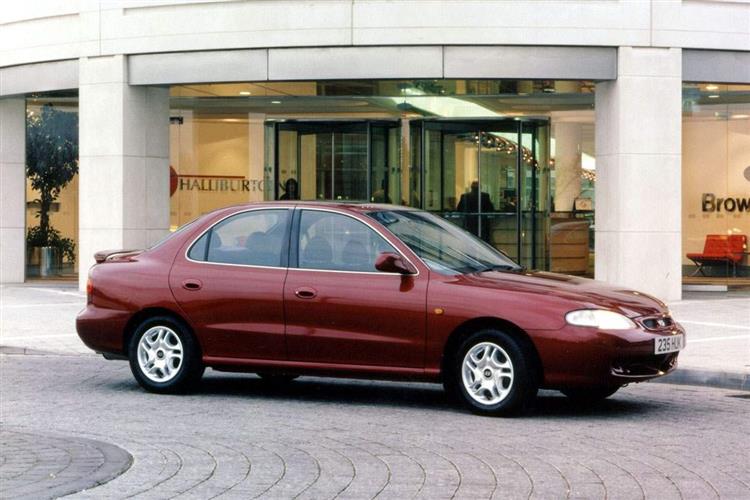