Unlike its predecessor, the Escort, the Ford Focus wowed the critics immediately when it was launched in October 1998. The new family Ford attracted praise for its crisp 'New Edge' styling, funky interior, great 'zetec' engines and, most of all, its class-leading handling and ride. No competitor has yet got close. Soon after launch the Focus shot straight to the top of the UK best-sellers charts and is likely to remain there for quite some time yet. With something like 12,000 being sold new each month, plenty have now found their way onto the used market where a vast choice of models and sensible pricing makes Ford's finest family range an excellent buy.

Ford launched a wide Focus range in October 1998 though it took about a year before all variants were available. That means that models like the sporty two-litre Zetec and 1.6-litre automatics are still rare on used car forecourts. There was a choice of three and five-door hatchbacks, a stylish saloon (which you'll find only with plush Ghia trim) and an estate. Engines were 1.4, 1.6, 1.8 and two-litre Zetec petrol units and a 1.8-litre direct injection turbo diesel and all bar the 1.6 came only with five-speed manual transmission. Trim levels were CL, Zetec, LX and Ghia and there were a variety of option packs that are worth seeking out on used examples. These included Style (alloy wheels and metallic paint), Reflex (anti-lock, traction control and side airbags) and Climate (air conditioning, heated windscreen and mirrors). March 2000 saw the introduction of an entry-level three-door 1.4CL hatchback and some price reductions for mainstream 1.4 and 1.6-litre models. Launched in October 1999, the 1.8-litre Millennium five-door hatchback special edition was painted in (very) bright yellow with black leather upholstery and top-of-the-range equipment including air conditioning, CD player, power windows, dual airbags and unique alloy wheels. It's worth about 3% more than a Ghia. Zetec Collection special editions were launched in May 2000. Based on the supposedly sporty three and five-door Zetec models they came with Ford's entire RS body kit fitted as standard - including bumpers, spoiler, chrome exhaust trim, a mesh grille and unique 3x2 spoke, 15-inch alloy wheels. The call for a sportier Focus model was finally answered in February 2002 when the ST170 model was launched. This month also spelt good news for diesel customers with the excellent 115bhp TDCi common rail engine being fitted to the affordable Zetec trim level. In summer 2002 the TDCi engine was also offered in a slightly detuned 100bhp form. The range-topping Focus RS was finally launched in September 2002 and the limited run was sold out by late 2003. An estate version of the ST170 was introduced in April 2003.

What You Getword count: 142

Arguably the most stylish and best handling (and riding) family hatchback you can buy. This is a car into which you can load the family and still enjoy such mundane trips as the supermarket run. It's little wonder that waiting lists formed at launch time and that most versions are still in strong demand. Whichever body style you opt for, the Focus is a stylish car with excellent engines and road manners and a well laid-out interior that provides plenty of room for a family. There are a lot of used examples about so take your time and choose carefully. Choose a Zetec or LX with a popular option pack or two so you get items like electric windows, air conditioning and Ford's clever Quickclear self-de-icing windscreen. Desirable equipment like this will make selling on easier in two or three years' time. 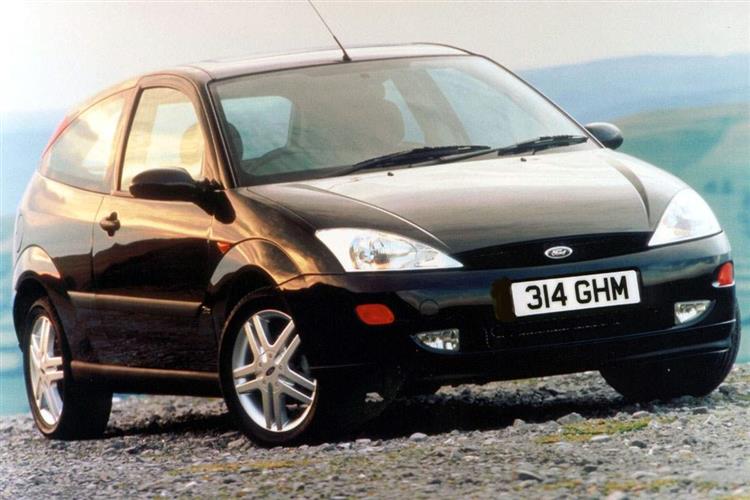