AND ALONG CAME A SPIDER (some text hidden)

By the mid-Nineties roadster buyers knew pretty much what to expect from an open-topped sportscar. But then along came Renault's Sport Spider, challenging convention and changing everything....

The car was mainly sold on the Continent and was only belatedly launched in the UK when the importers decided they needed an image-maker. Only 200 were sold here at £25,950 each. That was a fair bit more than they cost in Europe but at least right hand drive buyers got as standard the full-sized windscreen that Renault UK insisted was created for the more conservative British market. Yes, you read that right. French-spec Spiders never had a windscreen, necessitating the use of a helmet. Which was a tad restrictive when it came to conversation and extremely inconvenient if all you wanted to do was to nip down to the shops.

What You Getword count: 102

There's no point in judging this car by conventional standards. It's like moaning about the makeshift hood (which according to Renault, isn't guaranteed to stay on at speeds above 40mph!). From Renault's point of view, you don't buy one of these as an everyday car, so why need it be designed using everyday criteria? The styling of course is anything but everyday. People don't just turn their heads when you drive by - they stop and gawp. From the fared-in headlamps to the enormous side air intakes (need they really be that big for a Renault Clio engine?), this car is outrageous. 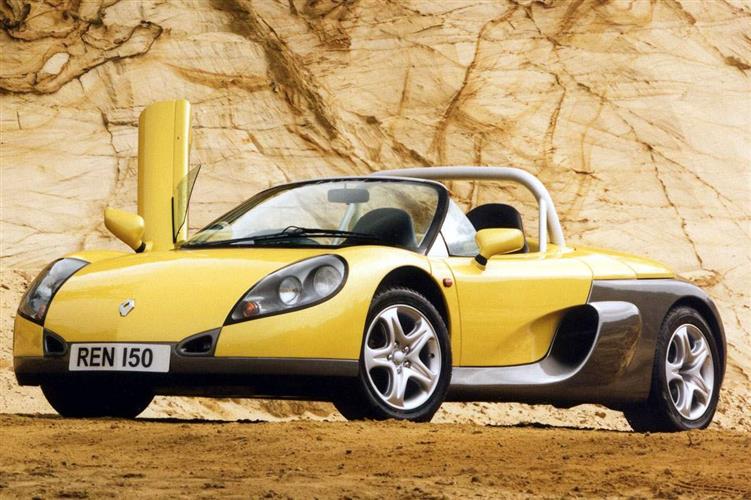