Everyone wanted them to do it. It's just that with the best will in the world, it was hard to imagine how they could. The Peugeot 406 Coupe had the capacity to melt the hearts of bystanders simply by wafting past them in the street. Its elegant lines and sleek profile even drew comparisons with Ferrari's finest. That car was based on the handsome Peugeot 406 but back in 2005, the forthcoming 407 Coupe was to be based on the 407 and there lay the problem. The task that had befallen Peugeot's designers was to turn the distinctive 407 saloon in to a beguilingly beautiful sports coupe. They didn't have a prayer. Instead, they produced a car with presence, visual impact and a number of other qualities which used car buyers will like.

Arriving at a time when large non-premium coupes were a rare breed, the 407 had to compete with rivals from the premium marques and its pricing reflected these lofty ambitions. Peugeot later admitted being a tad overoptimistic with its valuations and slashed list prices by nearly £3,000 in some cases while reshuffling the range in 2007. Models like Audi's A5, Mercedes' CLK and BMW's 3 Series Coupe are even more expensive compared to the Peugeot as a result and it's as a lower budget alternative to these models that the car makes most sense. The 407 Coupe hit the streets in October 2005 to supplement a Peugeot 407 range that already included saloon and SW estate variants. It arrived with power options running from a 2.2-litre petrol and a 2.0-litre HDi diesel to a 2.7-litre V6 HDi diesel and a 3.0-litre V6 petrol. S, SE and GT were the trim level choices initially but Sport models came on stream in 2007 and the other designations were phased out along with the 3.0-litre V6 engine. Peugeot also gambled with a Bellagio special edition version which brought a lengthened equipment list at a discount and may be worth seeking out. In early 2008 the 407 coupe range went all-diesel and received a mild facelift to its styling. A new engine, the 140bhp HDi diesel unit was introduced. In mid 2009, the engine range was given a complete overhaul. The old oil-burners were given their marching orders and in came a pair of high-tech new units - a 163bhp 2.0-litre HDI and a mightily impressive 3.0 V6 HDI with 241bhp. The V6 was also used in Jaguar models. Only the Sport trim level was offered but it came fully-loaded with sat nav as standard. Larger door mirrors and chrome on the upper edge of the window frames marked these cars out.

Coupes are brought more on aesthetic values than any other type of car. So what of the styling attributes of this one? As ever, beauty is in the eye of the beholder but few would call this car pretty. From certain angles the proportions of the 407 Coupe look rather odd. Perhaps it's the mismatch in length between the front and rear overhangs that does it, but it's a complex shape; one that never rests easily on the eye but can reward repeated inspection. The rear three-quarter is probably the most flattering aspect, a flat side profile exacerbating the unusual relationship between wheels and corners. One thing's for sure. In a market populated by some very anodyne shapes, the 407 Coupe makes an instant impression. The cabin looks very Peugeot - which is possibly the weakest part of the 407 make up. It's neat and everything seems to work very nicely but there isn't a great deal of showroom 'wow factor' to it. The Sport trim level comes comprehensively specified with alloy wheels, xenon headlamps, cruise control, rear parking sensors, dual zone climate control, front fog lights, automatic headlamps and automatic wipers. Active safety comes in the form of brake discs with a diameter of up to 330mm and ESP stability control which is standard on every model. As well as marshalling the anti-skid function, ESP also acts as a controller for the anti-lock braking system, the emergency brake assist and the electronic brakeforce distribution to each individual wheel. Up to nine air bags can be specified - twin fronts, side, curtain and steering column units offer optimum protection. It's not often that we comment upon a car's air conditioning system - most set ups being much of a muchness - but the 407's deserves special mention. A humidity sensor constantly monitors the air in the interior to prevent fogging and a gentle dash-top diffuser dehumidifies the air without subjecting the passengers to the usual gritty blast. Peugeot have also developed an externally controlled compressor that uses atmospheric conditions to reduce the work the system has to do, thus reducing fuel consumption. A pollen filter also keeps summer trips bearable for those afflicted by hay fever. 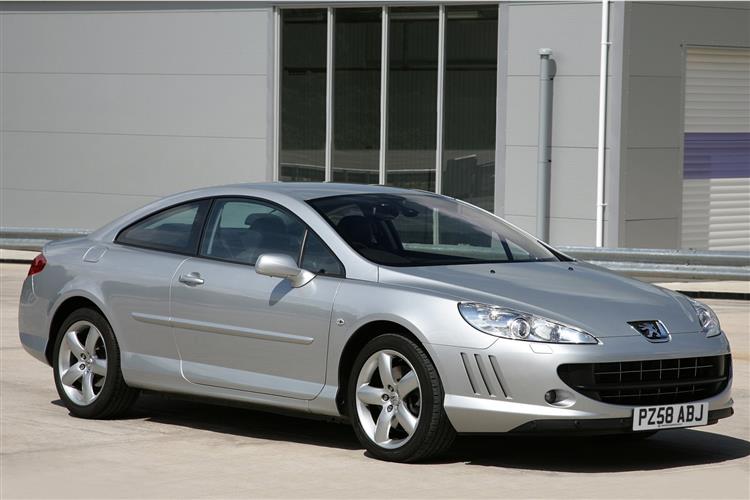