Replacing the much-loved 406 was no easy task for Peugeot. Not only did the car have to live up to the lofty standards set by its predecessor, it also had to compete in a market that was being squeezed from above by premium marques like BMW and Audi and from below by increasingly sophisticated family hatches. In order to stand out, Peugeot needed to create a car that made a definitive statement and the 407 did just that. A return to a more French kind of car, the 407 offered very good build quality, excellent ride and refinement and distinctive styling. Used examples are now beginning to appear in meaningful numbers and can represent a very cost effective way of landing a high quality modern medium range family car.

Although it was common knowledge that the medium range family car sector was struggling, few expected a mainstream manufacturer to come up with something quite as bold as the 407. Launched to an expectant public in May 2004, the 407 saloon's styling instantly divided opinion. An SW estate version was launched soon afterwards with even audacious styling. The much-awaited 407 coupe model followed at the end of 2005, bringing a welcome breath of elegance and maturity to a coupe sector increasingly fixated on sporty handling. In the Spring of 2006, the range was enhanced with the arrival of the 2.7-litre HDi engine which was developed in conjunction with Ford. A Sport trim level was also introduced at the same time and all models received chromed grilles. A more important development came in the summer of 2006 with the arrival of the 170bhp 2.2-litre HDi diesel to sit below the 2.7 unit. In early 2008 the 407 range went all-diesel and received a mild facelift to its styling. A new engine, the 140bhp HDi diesel unit was introduced.

The 407's front is dominated by a gaping maw the like of which has not been seen since Jonah commented on surprisingly heavy swell conditions. As with all the best Peugeots of yore, the lines are elegant, sleek and fluid. The windscreen is steeply raked back, giving a very sporting appearance. A Coupe version is available and aside from the four-door saloon, there's also the 407SW estate which is, if anything, even better looking. With its canted back C-pillar, the SW looks impossibly fast - an automotive Exocet amid a sea of lumbering trebuchets. Peugeot are keen to stress that the 407 is their very first car to feature double wishbone front suspension, which may not mean a great deal to many but in essence sums up the French company's commitment to handling excellence. Many cars these days have so-called 'multilink' rear suspension systems, but most persevere with a simple strut front set up. In offering a more sophisticated front suspension system on this car, Peugeot raised the bar again. Peugeot have set something of a precedent to follow with some very good previous Euro NCAP crash test results but the 407 again took them a big step forward. Active safety in the form of brake discs with a diameter of up to 330mm and next-generation ESP stability control which is standard on every model. As well as marshalling the anti-skid function, ESP also acts as a controller for the anti lock braking system, the emergency brake assist and the electronic brakeforce distribution to each individual wheel. The chassis itself incorporates not only the highest level of torsional rigidity ever seen on a Peugeot saloon - as you might expect - but it also features a device known as an impactor that anchors the engine to the subframe and prevents it being shunted into the passenger cell in the event of a crash. Pedestrian protection is a major design criterion these days and the 407 features foam padded bumper bars and a bonnet that deforms to absorb shock, the top of the engine a good distance below that sweeping bonnet line. Up to nine air bags could be specified by new buyers - twin fronts, side, curtain and steering column units offer optimum protection. The cabin is neat and everything seems to work very nicely but there isn't a great deal of showroom 'wow factor' to it. Sophisticated multiplexed electronics allowed for a huge amount of individual customisation for buyers when specifying their 407s, with such features as rear view mirrors linked to reverse gear, parking sensors, self-imposed speed limiters, low tyre pressure monitors and variable cruise control systems all capable of being fitted quickly and, just as importantly, at very modest expense. 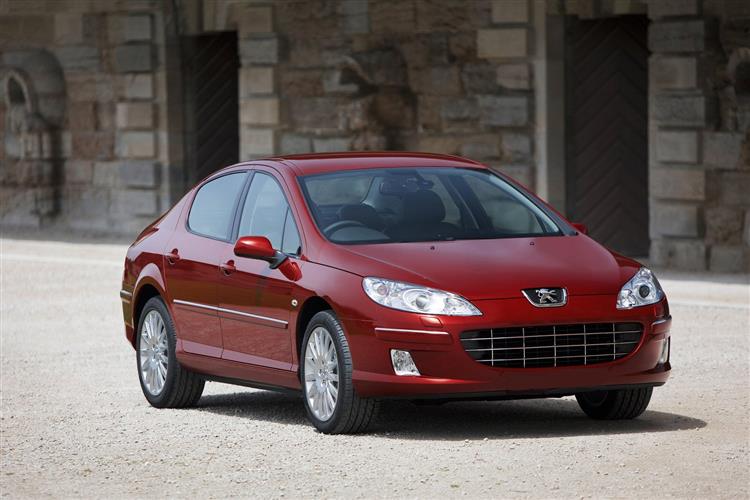