THE FAST SHOW (some text hidden)

Ferrari's 812 Superfast is rather unique. Jonathan Crouch explains why.

There's nothing quite like a Ferrari 812 Superfast. Maybe that's just as well. Imposing, aggressive and intoxicating, it really needs a race track. But hopes also to be a very focused kind of exotic V12-powered Super GT.

Ferrari's most powerful and expensive series production model, the 812 Superfast, is a difficult car to pigeonhole. On paper, the size and configuration of the engine (a V12 placed long ways up front) suggest it to be a Super GT kind of car - like, say, an Aston Martin DBS Superleggera or a Bentley Continental GT Speed. But, as so often, Ferrari has its own agenda here. As with direct predecessors to this car, most notably the 575M, this 812 is nothing like any other Super GT model you could consider. It's more highly strung, there's no forced induction beneath the bonnet and it looks completely different too, as did its direct predecessor, the F12. It comes in two forms, the Superfast coupe and the GTS convertible, both with the same mechanical configuration and both priced well above obvious rivals that, as we've just observed, aren't quite such obvious competitors when you get right down to it.

In an automotive world now dominated by electrification, the smell of petrol fumes from a 6.5-litre normally aspirated old school V12 is a breath of fresh air, if you'll forgive the inappropriate analogy. It's a substantial powerplant making this 1.7-tonne Ferrari no lightweight, but that doesn't prevent this 812 Superfast from being quite stupendously quick. The twin turbo V8s used in lesser Maranello models may produce more torque lower down, but this 6,496cc atmospheric 789hp unit compensates amply in orchestral terms and powers you to 62mph with neck-snapping ferocity in 2.9s on the way to a top speed that would max out at 212mph if you found a race track straight or an unrestricted autobahn long enough. And you'll reach that maximum quickly; rest to 124mph takes just 8.3s as you rifle through the ratios of the 7-speed dual clutch paddleshift auto gearbox. Amongst the selectable drive settings, which include 'Sport' and 'Race', is one called 'Bumpy Road'. Which you'll be glad of because full power on anything but an uber-smooth surface requires extreme levels of concentration. This, more than any rival, is a car you really have to tame to drive in extremis. Once you get familiar with this Prancing Horse though, you'll find its levels of cornering grip and traction quite astonishing (in the dry anyway) with turn stability enhanced by 4-wheel steering. 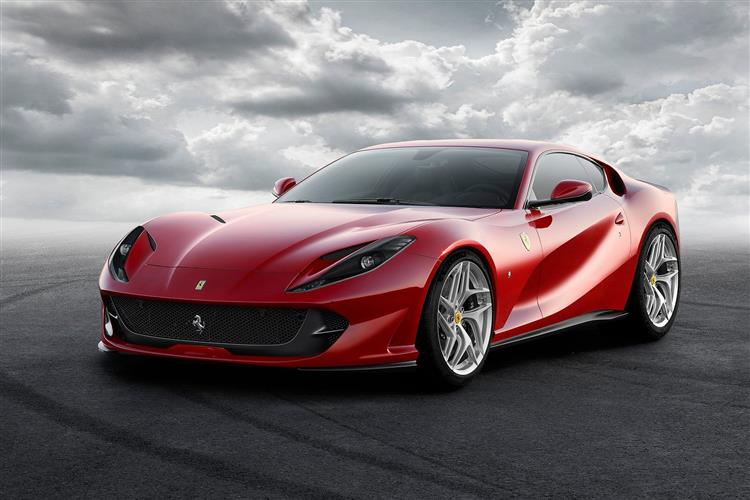