B DIFFERENT (some text hidden)

The improved version of Volvo's second generation XC90 gets a mild dose of electrification. Jonathan Crouch takes a look.

Volvo's second generation XC90 is a seven-seat luxury SUV that's already given key rivals like Audi's Q7 and the Land Rover Discovery a lot to think about. Safe, efficient, clever, practical and stylish, this car continues to position the Swedish maker as a credibly prestigious automotive brand. Now, it's better still, thanks to the introduction of mild hybrid engine tech.

Here's the car that began Volvo's modern era, the second generation XC90. This large luxury SUV established new standards for the brand when this model was originally announced back in 2014 and the company's recent move towards full electrification will re-set those standards once again. The improved XC90 model we're going to look at here, a range announced in the Spring of 2019, has reflected that trend with fresh mild hybrid technology. Plus the line-up's got a light update. Time to take a fresh look at this car. The key change to the range is the inclusion of mild hybrid 'B5' diesel and petrol engines that together replace the conventional D5 diesel that the majority of buyers of this SUV previously chose. Otherwise, things are much as they were. All XC90s continue to provide the sort of proper full-sized seven-seat versatility that few rivals can credibly offer and a cool, authentic brand of Scandinavian charm that's really quite appealing. It all sounds promising doesn't it? Time to put this car to the test.

When it comes to the XC90 range's mild hybrid 'B5' petrol and diesel engines, most buyers will prefer the 235hp diesel unit over the 250hp petrol version, but either way, the drivetrain set-up is the same, based around a 48-volt battery, a 'KERS' kinetic energy recovery system and an 'ISG' integrated starter-generator. Every time you brake or take your foot from the throttle, the 'KERS' set-up captures surplus energy and stores it as electricity in an extra battery provided in the boot. That additional electricity can be used to boost acceleration, help the stop/start system or power ancillary functions. The objective here wasn't to provide Prius-like periods of electric-only driving but instead make the engine more efficient via smoother transitions between driving, cruising and resting. That's all been aided by revisions to the automatic gearbox and the implementation of the brand's first brake-by-wire system. As before, across the range, there's the option of an 'Active Four-C Chassis' package, which gives you four-corner adaptive dampers and electronic air suspension. Handling strikes a good balance between comfort and agility; cruising refinement meets the required executive standard; and there's the potential for a mild amount of off road prowess. A standard 'Pilot Assist' system offers a degree of highway-orientated autonomous driving technology. And you might be interested to know this car can tow up to 2,700kgs. 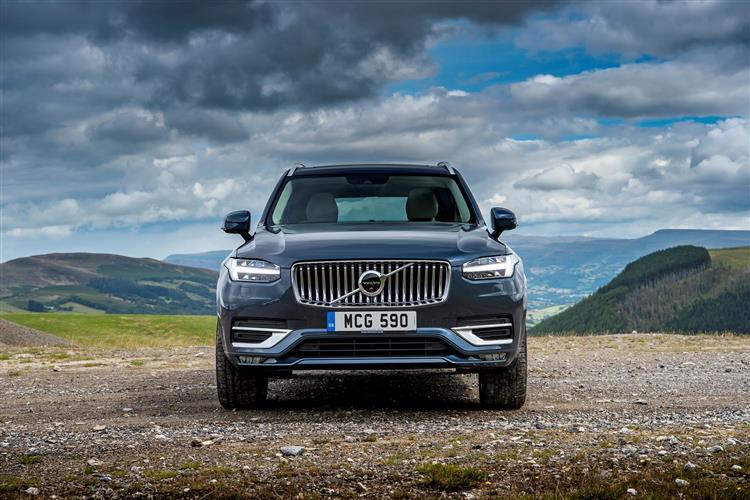