The Mercedes GLE can be had in a very sensible form indeed. Jonathan Crouch takes a look at the 350de plug-in variant.

The second generation Mercedes GLE makes most sense in this four cylinder 2.0-litre diesel/electric 350de plug-in form. A much larger battery than you'd expect a PHEV model to have means a far longer all-electric driving range than any Plug-in car has previously offered. Sounds promising.

The second generation version of Mercedes' GLE took a big step forward, but it's still a 2.2-tonne leviathan. Could a large SUV like this really ever make sense for someone with one eye on the environment? Someone wanting a combination of performance and low running costs? Surprisingly, the answer is yes, or at least it is in the case of the variant we're looking at here, the clever GLE 350de PHEV plug-in diesel-/electric model. It specifically takes on plug-in versions of BMW's X5, Porsche's Cayenne and Volvo's XC90, but those are all petrol-powered and they've got nothing like the electric driving range of this Mercedes. Let's take a closer look.

A little unusually, this is a diesel-based PHEV, using a 194hp version of the ordinary 300d model's 2.0-litre unit. The electrified element is taken care of by a 100kW electric motor able to take the car to a battery-powered top speed of 100mph. This rises to 130mph when the engine joins in, at which point 62mph from rest is achievable in only 6.8s. Of course, pushing on like that isn't going to help this PHEV model's potential all-electric driving range, rated up at 61.5 miles thanks to the use of a lithium-ion battery that's one of the biggest we've ever seen in a plug-in model - 31.2kWh in capacity. The transmission here is the same nine-speed 9G-TRONIC automatic gearbox used across the rest of the range, which in the GLE works as seamlessly as it does in the many other Mercedes models in which we've tried it. Change times of that paddleshift auto 'box are one of the things influenced by the standard 'DYNAMIC SELECT' driving modes system - the others being throttle response, steering feedback and suspension feel. This set-up, accessible via a rocker switch on the centre console, doesn't unfortunately provide an auto' or 'adaptive'-style mode to make all the drive set-up decisions for you, but as usual, there is an 'Individual' setting allowing you to programme in your own parameters. 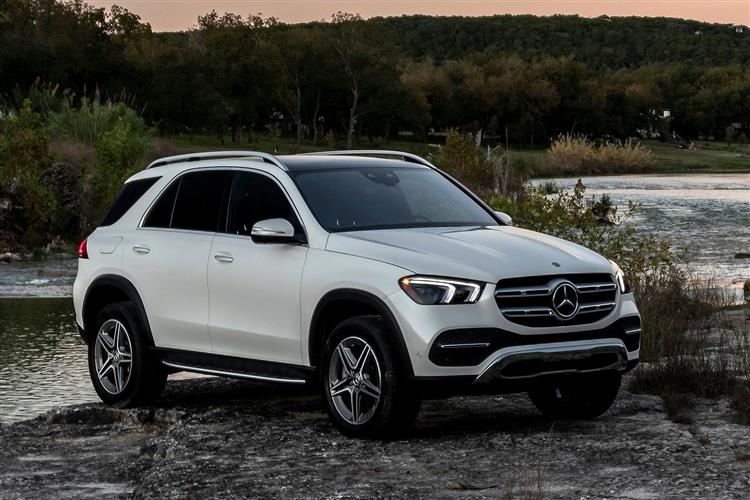