NEVER TOO MUCH (some text hidden)

The Audi TTS has often been damned with faint praise as a driver's car but the latest version demands respect. There's now a little less power (306PS instead of 310PS) but a little more torque which makes the sixty sprint doable in as little as 4.5s. Plus, as before, there's an interior that makes a Porsche 718 Cayman look a bit LIDL.

The Audi TTS quattro is a more focused version of the brand's normal 2.0-litre petrol-engined TT. Introduced as a spicier option in the car's second generation, it sat then - and sits now - just below the TT RS range-topper. For many buyers much of the time, it has long represented the sweet spot in the model line-up. The TTS has always made a really good road car. Yes, it might sometimes have seemed a bit under-baked in comparison to an entry-level Porsche 718 Cayman on a track, but there was a flow and suppleness about it on road, coupled with a quite lovely interior that belied its position as the 'one in the middle'. This improved version continues to be worth your attention.

The much-garlanded 2.0-litre TFSI engine that powers the TTS now packs a heavy duty 306PS (that's down from 310PS in this improved model because Audi has added a petrol particulate filter). At the same time, a torque increase means that 0-62mph performance has fractionally improved in both Coupe and Roadster variants - the respective 4.5-second and 4.8-second sprint times are a tenth faster than before. The top speed is limited to 155mph. As ever, the Quattro 4WD drivetrain is a highlight. The driver can adjust the operating parameters of the all-wheel-drive system to one of five modes. In the "auto" setting, optimum traction and balanced driving dynamics are given priority. In "dynamic" mode, torque is distributed to the rear axle earlier and to a higher degree. In the drive select "efficiency" mode, the system can temporarily shut down the quattro set-up if conditions suit this. As before, there's a six-speed manual gearbox or optional six-speed S tronic twin-clutch transmission. 'S-specific' suspension with Audi magnetic ride adaptive damper control is standard. And progressive steering is fitted for increased response in corners and reduced load during low speed manoeuvre. Along with wheel-selective torque control which optimises handling by means of precise brake interventions on the unloaded wheels on the inside of a bend. 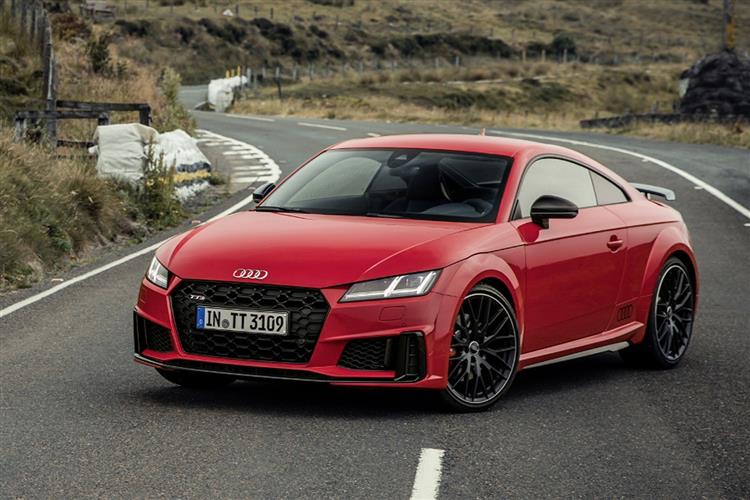