THE ROARING FORTY (some text hidden)

In Sweden, they design SUVs just a little differently. Take this one, Volvo's XC40, tested here in D4 diesel form. It gets its own 'CMA' platform and some very distinct design to set itself apart. The result is an interesting alternative to more mainstream premium-branded compact SUVs like BMW's X1 and the Mercedes GLA. And one you might rather like.

A lot of Swedish rhetoric's being used in marketing this car, but actually it's culturally quite mixed. The distinctive shape is the work of young British stylist Ian Kettle and the car's built at Volvo's Ghent plant in Belgium. Under the skin meanwhile, lie underpinnings jointly developed with the brand's parent company the Geely Auto Corporation of China, who'll use this car's new 'Compact Modular Architecture' platform in a whole range of forthcoming Oriental models. There are Swedish characteristics here too of course - the ones likely buyers will probably want: class-leading standards of safety and the promise of a relaxed comfortable road going demeanour. Plus to suit the mood of the day, there's semi-autonomous driving technology and a chassis developed to take both hybrid and full-electric powertrains. We also get the option of 4WD and some really clever practical interior touches. In short, it all sounds pretty promising - which is why this Volvo received the 2018 European Car of the Year award. Time to put it to the test.

Volvo SUVs aren't generally burdened with customer expectations of super-sharp handling dynamics. But they absolutely must ride with decorum, function with refinement and be relaxing to use. If that defines the minimum requirement here, then I'd say the XC40 slightly exceeds it, without ever really allowing any degree of driving enjoyment to get in the way of its day-to-day duties. Few segment rivals manage to be much different and offhand, I can't think of any of them that ride much better than this car over poor surfaces. Tarmac tears, expansion joints and speed humps are dispatched with the kind of confidence you might more ordinarily expect from a much larger model. All of which means that on the test drive, your first impressions will probably be quite positive. True, the steering doesn't provide much feedback, but it's nicely weighted and pleasingly direct, complementing the fact that sudden changes of direction aren't as unwelcome here as they are in some high-sided affordable SUVs. That's mainly thanks to this car's new-tech 'Compact Modular Architecture' CMA platform, a world removed from the heavy, clunky underpinnings that previous compact Volvo models have had to lug about. I tried the 190hp diesel D4 which has a 2.0-litre Drive-E diesel unit putting out 400Nm of torque which helps with a potential braked towing capacity of 2.1-tonnes. The quoted performance stats are 7.9s and 130mph. 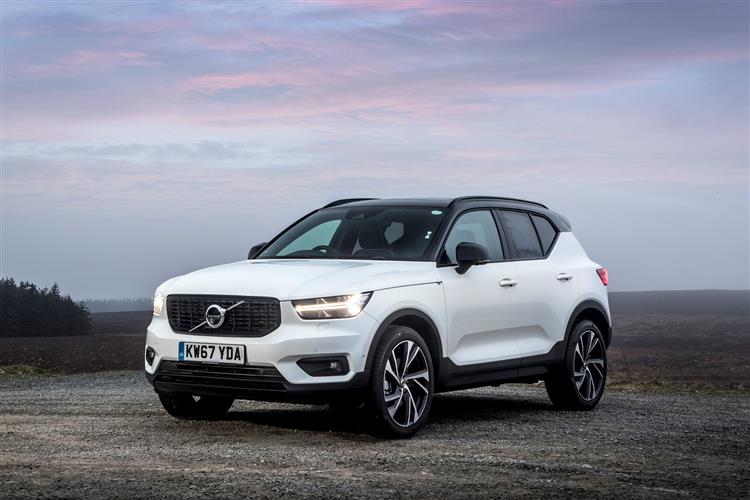