LOITERING WITHIN TENT (some text hidden)

Peugeot brings us its first really serious stab at the super-large luxury MPV market in the form of this model, the Traveller. Jonathan Crouch looks at what's on offer.

This Peugeot Traveller might be fundamentally based on the marque's medium-sized Expert van but it's undeniably sophisticated as well as being light, airy, and seriously spacious, with room for up to 9 people. If anything, its commercial vehicle roots serve as a strength, the voluminous interior, tough build and uncomplicated design proving ideal for family buyers who'll happily shoulder the slight ride and refinement issues.

It's the age-old problem if you've a very large family and want an MPV. Even large examples of the People Carrying breed can't take much luggage if you fill all seven seats up with occupants. Which leaves you having to struggle with a roof box or fitting a trailer, neither of which you'll regularly want to be bothered by. The answer is a super-large MPV - one of those based on medium-sized vans. Typical entrants in this segment include Ford's Tourneo Custom and Hyundai's i800 or, if you've a little more to spend, Volkswagen's Caravelle or Mercedes' V-Class. The vehicle we look at here, Peugeot's Traveller, is the most recent entrant in this class, based on a design also shared with the Citroen Space Tourer and the Toyota Hiace Verso. The Traveller is based on the latest generation version of the French brand's Expert van, just as its predecessor was, that vehicle badged rather awkwardly as the 'Expert Tepee'. That was just an Expert LCV with seats, windows and a few extra niceties. Peugeot though, is telling us that this 9-seater Traveller model is more than that. Is it? Let's find out.

Engine choice in a Traveller model is pretty straightforward, provided you've a clear idea of the kind of work you want it to do. Sensibly, all the Euro6 units on offer are diesels and if your needs are mainly based around lighter people carrying duties and short distance urban work, then the entry-level 95bhp 1.6-litre BlueHDi unit may well be quite sufficient: this engine's also offered with 115bhp. For heavier payloads and longer journeys however, you'll be needing the 2.0-litre BlueHDi model which gives you a lot more pulling power and is available with 150 or 180bhp, the most powerful unit mated to the brand's efficient EAT6 auto transmission. A key factor behind the success of this vehicle's Expert Tepee predecessor was the way it remained compact and wieldy in the manner of smaller, more car-like MPVs from the class below. This model should retain much of that same usability around town and will certainly ride much better thanks to more sophisticated suspension and a stiff EMP2 platform. Special wishbone filtering is provided to dampen the impacts from our country's terrible tarmac and the variable stiffness springs and shock absorbers should deliver decent levels of comfort whether the vehicle is loaded or unloaded. Peugeot also claims that refinement is much improved this time round. As before, there's the option of a Grip Control traction system. We also like the 'Driving time warning system' which flashes up a dash warning after two hours of uninterrupted driving at speeds of 40mph and above. 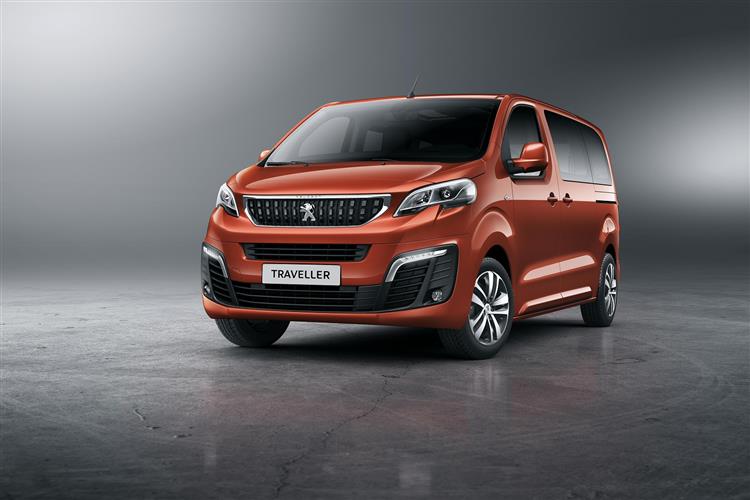