HOME ON THE RANGE (some text hidden)

BMW's i3 is one of the cleverest all-electric models we've seen. But can we really still call it an 'all-electric' car in 'Range Extender' form with a little two cylinder petrol scooter engine slung out the back. Actually, we can. Jonathan Crouch looks at the improved 120Ah version.

BMW's i3 is an electric vehicle unlike any we've seen to date. It can be bought either in pure electric form or, as tested here, with a Range Extender petrol engine added to prolong the period you can travel between potentially rapid charge-ups. Since the original 2013 launch, the Munich maker has improved this product significantly. In 2016, the original 60Ah version was replaced with a 94Ah variant that boosted this model's theoretical all-electric operating range to over 200 miles. A year later, BMW gave the styling a minor refresh and added a slightly pokier i3s derivative into the range. Then in late 2018, the brand introduced a larger 120Ah battery that promised a driving range increase of up to 30%, creating the model we're going to look at here. As ever, you get the kind of dynamic driving experience you simply wouldn't expect an electric vehicle to be able to provide. But then this is BMW's approach to EV motoring. Perhaps we shouldn't be surprised.

Like its sister model, the hybrid i8 sportscar, BMW's i3 represents a very different take on EV motoring, designed from the ground-up as an electric vehicle and unusual in this segment in its use of rear wheel drive and its emphasis on an engaging at-the-wheel experience. It remains groundbreaking thanks to the lightweight chassis and bodywork solutions that have left this contender far less heavy than other pure electric rivals. It's become a more credble option too, since BMW fitted uprated a larger '120 AH' lithium-ion battery that has considerably boosted the all-electic operating range. That hasn't lessened the demand amongst i3 buyers to add in the extra petrol-powered 'Range Extender' engine option though, pricey as it is. This variant, like the standard all-electric i3, has been recently improved, with minor styling upgrades and, more significantly, the extra availability of a slightly pokier i3s variant.

As you might expect from a BMW product, the i3 doesn't want for go. The electric motor is mounted low down within the rear axle which helps to keep a low centre of gravity and also to improve crashworthiness. The power unit weighs just 130kg and produces 170hp in standard form, which means that the i3's power to weight ration of 141hp per tonne is just 5hp per tonne shy of a Honda Civic Type R hot hatch. If you're interested in a comparison of that sort, you'll be interested in the slightly pokier i3s variant, where the electric motor's power output is boosted to 184hp, plus there's sports suspension with specially developed springs, dampers and anti-roll bars. Whatever i3 variant you choose, as with all electric vehicles, a decisive advantage comes in its amount of torque. In a typical city scoot such as, say, a 1.2-litre Fiat 500, you can count on 102Nm of torque, but this BMW generates a hefty 250Nm of muscle in its standard form (or 270Nm in 'i3s' guise), offering instant urge with all that torque available from idle. It's sent to the rear wheels via a single-ratio gearbox that offers the choice of three driving modes: Comfort, Eco Pro and Eco Pro+. The i3s has an extra 'Sport' setting. This translates to a car that's certainly not slow off the mark. The standard model will get from standstill to 37mph in 3.8sec and to 62mph in 7.3sec (or 6.9s for the i3s). Either way, any Toyota GT-86 sportscar drivers will have a very hard time keeping pace with an i3. The top speed is limited to 93mph in the standard model or 99mph in the i3s. Extremely direct steering, a low centre of gravity, a clever DSC stability control system and lightweight body structures add up to very focused driving characteristics. BMW has engineered in a little body roll, largely to clue drivers in to where the limits of those narrow tyres are, but this remains a car you can enjoy hustling along. Go for the 'Range Extender' version of this car, as is possible with ether i3 or i3s variants, and a tiny 650cc two-cylinder petrol engine is added to cut in once the battery power is spent. 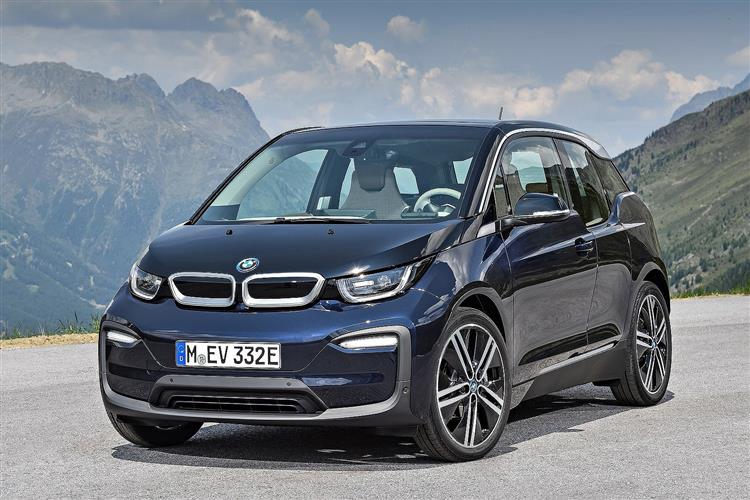