BIGGER IS BEAUTIFUL (some text hidden)

The Range Rover is at its biggest in long wheelbase guise - the ultimate Land Rover product. Jonathan Crouch reports on the improved model.

In long wheelbase form, the Range Rover grows by 200mm in length, with the extra going to benefit rear seat legroom, taking it to limousine standards. Which means that if you habitually sit behind a chauffeur, you can now include the world's most capable luxury 4x4 on your shopping list when the time comes to change your luxury conveyance. Let's check out this package in its recently improved form.

It's hard to imagine how any other luxury SUV would work in long wheelbase form but it's a mark of the unique class of the Range Rover that the idea of getting it in stretched form raises not even an eyebrow. When we first drove the standard car, we suspected that Land Rover were going for the top Bentley and Mercedes market as well as that for super-luxury SUVs: here's the proof. Apart from the increase in length to 5,199mm, the rest of the recipe is of course standard Range Rover. Which means that it's all very desirable indeed. The relatively light bodyweight means it can be larger, faster and more responsive than any previous version of this model at the same time as being more efficient and better equipped. It can also claim a lighter eco-footprint and performance approaching that of a super-saloon. And yes, it'll be even better if you're setting off across the Serengeti or exploring the Amazon. It'll be, more than ever, one of a kind.

Does it feel just like a standard Range Rover to drive? Of course it does. The big news with this revised model though, lies with an option you can specify beneath the bonnet. Did we ever imagine we'd see a Range Rover with a four cylinder engine? Probably not but the sophisticated aluminium underpinnings of this fourth generation design have made that possible. The four cylinder powerplant in question is the 2.0-litre petrol/electric hybrid unit that headlines this model's most recent improvements, but we'll get to that shortly because most customers are going to want something more conventional beneath the bonnet. Key recent changes beneath the bonnet see the old V6 and V8 diesels replaced by a new in-line six cylinder MHEV 48V mild hybrid diesel, offered in D350 (350PS) form. This, the brand claims, delivers the efficiency of a V6 with the performance of a V8. The few who'd consider a conventional petrol-powered Range Rover are offered a straight-six P400 variant with 400hp and mild hybrid technology. And, as before , there's the 5.0-litre supercharged V8, available either with 525bhp (in the 'P525' variants) - or 565bhp in top 'SVAutobiography Dynamic' 'P565' guise. As for that Plug-in hybrid, well it's badged 'P400e PHEV' and develops 404hp; enough grunt to get you to 60mph in 6.4s en route to 137mph. Off road, things are much as before; supremely capable in other words. There's an 'Intelligent Terrain Response 2' system with up to seven driving modes. Which works with a full time 'intelligent 4WD system' with a two-speed transfer 'box (that you can shift down into on the move at up to 37mph), plus Land Rover's very clever All-Terrain Progress Control system. Here, the driver can input a desired speed without any pedal inputs. The ATPC set-up will then maintain that, reducing the driver's workload and keeping the car's composure over steep gradients, rough terrain and low-grip surfaces. 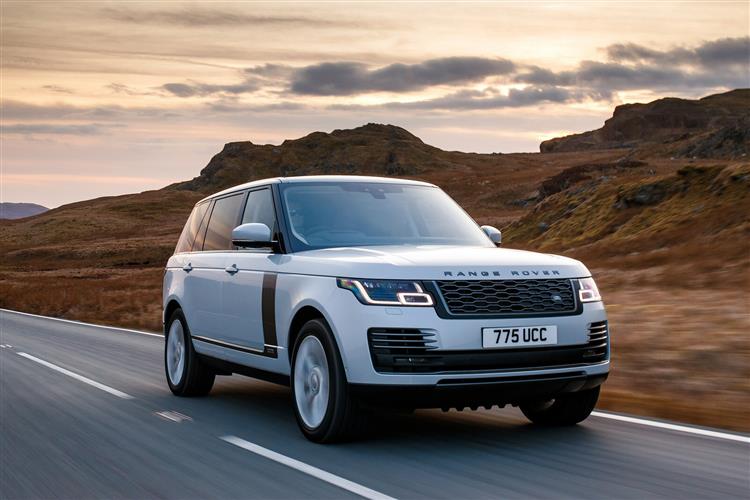