The improved Renault Clio R.S. hot hatch gets a sleeker look with smarter LED lighting technology. Otherwise, things are much as before. Jonathan Crouch reports.

The latest Clio R.S. hot hatch model gets an upgrade in keeping with the changes lately made to lesser Clio derivatives. Here, it means the installation of a clever 'R.S. Vision' LED lighting system and a sleeker front end. Otherwise, it's as you were - which means that the French brand continues to offer this shopping rocket only with paddleshift automatic transmission. There's a choice of variants though - either the standard 200bhp model or the more focused 220bhp 'Trophy' version for real track fiends.

If you had to name two performance cars which are plugged right into the psyche of the modern car enthusiast, it would be hard to do better than Renaultsport's Clio and Porsche's 911 GT3. Both are focused go-faster performance models that have long been recognised as being at the top of their respective games. Go to any track day and you'll see these cars in abundance and despite their wildly divergent price tags, ownership of these models sends a common message. The owners get it. They understand what makes a purposeful, practical yet frill-free fast set of wheels. These cars also have something else in common as well. Neither of the latest generation versions has a clutch pedal these days. We're looking at an improved version of Renault's offering here and while we could lament at length at the death of the manual gearshift and bemoan that it's just one more way in which the nuanced interaction between a driver and a vehicle has been erased, let's park that thought for a moment and consider this. Renaultsport and Porsche have been over this decision at length. They understand the details better than we do. They understand the technology better than we do. And this is their answer. A short drive in the Clio Renaultsport might well be enough to convince you that the French company, at the very least, has that decision right.

There aren't really any dynamic changes made to this facelifted Clio Renaultsport, though its improved 'R.S. Vision' LED lighting system is significant in that it's said to improve night-time visibility by up to 40%. Otherwise, things are as before - which means you get 200bhp in the standard model or 220bhp in the uprated 'Trophy' version. Both derivatives feature a twin clutch paddleshift auto gearbox and around 240Nm of torque on tap from the 1.6-litre turbocharged engine on offer. As before, there's an 'RS Drive' driving modes system that gives you 'Sport' and 'Race' options - both of which are needed to activate the standard Launch Control set-up. Each setting sees tweaks made to throttle response, engine pitch, steering feel and gearshift times, as well as a progressive loosening of the standard stability and traction aids. In fact, that electronic safety net doesn't exist at all in a 'Race' mode that requires entirely manual gear selection and reduces shift times by 25% to just 150ms. Better though perhaps, if you're away from the race track, to leave the thing in 'Sport' where a bit of slide is still on offer without the potential for ultimate embarrassment. Are there issues? A few. The gearbox is occasionally a little dull-witted and even in manual mode will occasionally override a gear selection request if it deems it opportune. If you want the ultimate small hatch, you might be disappointed. If you want a hatch that can take apart a twisty road at devastating pace and then switch to a relaxed pace without breaking sweat, it's hard to think of a much better option. 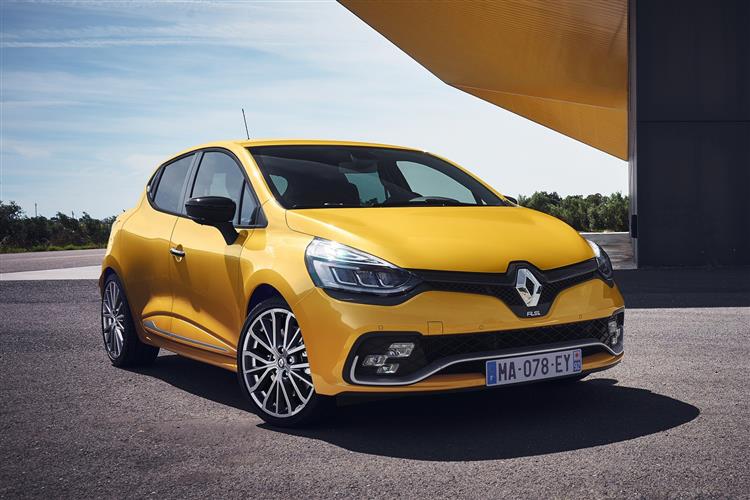