Peugeot stepped up a gear in the supermini segment when it launched its 208 model in 2012. Buying second hand, ideally you'd look for this post-2015 facelifted version. Smart to look at and smart to own, it offers frugal running costs, quite an individual feel and lots of clever high-tech. In short, it's a small car with very big ideas.

The 208 has long been the French brand's best selling model, first introduced back in 2012 as the latest in a long line of '2'-designated Peugeot designs dating all the way back to 1929. Not many of them though, were as important as this one, a car the Gallic maker urgently needed. Its modern era superminis had managed critical acclaim (with the 205 of 1983) and record sales (with the 206 of 1998), but the successor to those two designs, the 207 of 2006, was notable for neither, and back in 2012, that left Peugeot as an also-ran in the small car segment. It all meant that when this 208 was first created, a fundamental re-think was needed. As a result, though this model's basic platform was little different to what went before, pretty much everything else was, with huge steps forwards made in quality, efficiency, driving dynamics and general practicality. Most importantly, this design was all about the 'want one' factor. For this era, a small Peugeot was no longer merely to be a car you might need but one you might really want. It was a successful strategy that saw nearly a million 208s sold in this model's first three years on sale. A strong start then, but one that quickly came under threat from an army of new or substantially revised rivals in this closely-fought market segment. In response, Peugeot bought us this much improved model in the Spring of 2015, including smarter looks, extra equipment and greater scope for personalisation. More significant than all of that though, was the installation of a fresh range of new-generation BlueHDi diesel engines, plus the extension of PureTech petrol technology to also include more powerful models. The result is a car that claimed at launch to be the most efficient, the most stylish and the most interesting supermini in its class. It sold until the Autumn of 2019, when it was replaced by a new second generation model.

The original version of this MK1 model 208 saw Peugeot return to simple, smart but effective design, an approach that continued here with a series of subtle aesthetic updates. Providing you avoid entry-level trim, you get smart two-tone headlamps with black and chrome masks and hi-tech LED light signature. There's a smarter front bumper than was fitted to earlier versions of this car too, with sharper, more precise lines that surround the wider grille with its integrated chrome finisher. Take a place in one of the very comfortable seats up front in what Peugeot rather pretentiously calls the 'i-Cockpit' and four things are immediately apparent: quality, lack of button clutter, the big centre-dash LCD infotainment screen and, most notably, the tiny steering wheel above which (rather than through which) you're supposed to view the instruments with their finely sculpted needles. It's true that you may have to fiddle around quite a bit with the steering wheel adjustment until you get it to a point where it doesn't obscure your view of the gauges, something not everyone may be able to manage completely to their satisfaction. Do that though and for most, the benefits will be well worth having: namely wrist-flick steering feel - and dials much closer to your line of sight on the roadway ahead. As for the rear seat, well almost all models you'll find will be 5-door examples. On these the back compartment features extra headroom. Out back, there's a 285-litre boot. Flatten the back seat and, though the cargo area revealed isn't completely level, you'll get 1,076-litres of fresh air to play with, one of the largest capacities on offer in this class from this period. 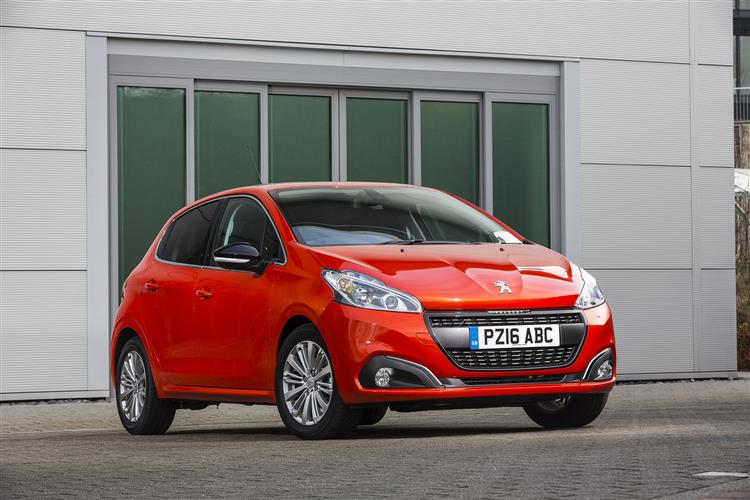