AFTER EIGHT (some text hidden)

It took Peugeot a long time to get round to designing its own purpose-made People Carrier but when at last we saw the brand's 5008 seven-seater in 2010, it proved to be an impressive first effort. An improved version with smarter looks, cabin upgrades and extra equipment was launched late in 2013 and that's the car we're looking at here as a potential used buy. In this usefully revised form, this MK1 model Peugeot 5008's attributes remain appealing - cosseting ride and refinement plus more total luggage space than any other affordably-priced family MPV can offer.

If your family needs a People Carrier with seven seats, you've to choose between something quite compact and something quite large. Like us, you might very well conclude that neither of those solutions is exactly ideal. In which case, it might very well be worth you trying one of these - Peugeot's 5008. We're looking here at the improved version Peugeot launched late in 2013, three years after this car's original launch as the company's very first home-grown MPV. For years, the brand had relied on its PSA Group stablemate Citroen to cover off the People Carrying market, but that maker's Picasso line-up proved a little extreme for some more conservative family folk. With the 5008, Peugeot hoped to mop up some of these sales, amongst people perhaps who otherwise would have opted for sensibly-minded rivals like Volkswagen's Touran or Toyota's Verso. It was a car that cost the same kind of money as these alternatives but offered significantly more space: it was a strong proposition. From a brand with more of a People Carrying heritage than you might think. Though Renault usually gets the credit for pioneering modern era MPVs with its Espace and Scenic models of the Eighties and Nineties, perhaps they shouldn't. After all, twenty years before that, Peugeot were selling thousands of their 504 and 505 Familiale estates with three rows of seats to larger families. No one called these cars 'compact MPVs' or recognised them as ground-breaking but looking back, they performed pretty much exactly the same role an affordable seven-seater People Carrier like this MK1 model Peugeot 5008 did in its era. This MPV sold until 2017, when it was replaced by a MK2 model 5008 that was re-launched as a luxury SUV. 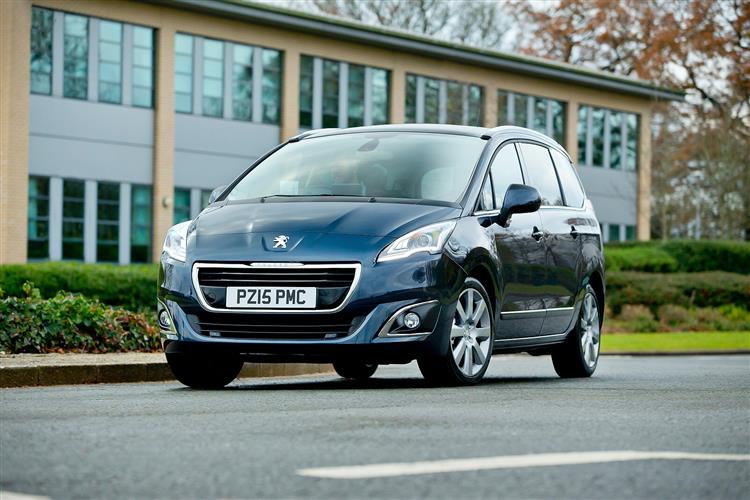