Bigger, better looking and more efficient, Renault's fourth generation Clio was launched in 2012 to return the company to volume credibility in the supermini sector. It did. Bubbling with personality, it's an effervescent statement of intent from the Gallic brand. Looking for a small car in this segment? You're looking here at the state-of-the-art from the 2012 to 2016 era. Let's check it out as a used car buy.

The Clio supermini is by some margin Renault's most successful model, with over 12 million sold since the original version arrived in 1990 to replace the iconic little Renault 5, the market's very first supermini. The Clio line was conceived as heir to a series of fun, friendly little cars stretching all the way back to the post-war years, models supposed to embody all the spirit and joie de vivre that once set this French brand apart. By 2012 though, things were slipping in this regard. The third generation Clio III, launched in 2005, tried to be more grown-up, but only ended up being bigger, heavier and, in ordinary guises, generally less characterful - less Renault. As it aged, the brand's staple supermini dropped slowly off the market radar. The fourth generation model we look at here was Renault's bid to get things back on track and rejuvenate its supermini segment fortunes. Pretty as a picture and as sporty as you could ask a car of this kind to be, it claimed to offer a sense of esprit that had previously been recently lacking, not only from its brand but also from the supermini sector as a whole. The version we're looking at here sold until 2016 when it was then heavily facelifted.

What You Getword count: 613

Prior to this fourth generation Clio model's arrival in 2012, it'd been some time since we had seen a really pleasingly styled little Renault. 'Simple, sensuous and warm' were the three design keywords for this model and that's pretty much what was achieved, with voluptuous looks that aimed to make buyers want to reach out and touch curving panels that gather pace around the steeply raked windscreen, culminating with assertive shoulder lines above the front and rear wheelarches. There's no three-door model, so it's just as well that five-door bodyshape does a good impression of one, coupe-like styling emphasised by hidden rear door handles. So visually and practically, you get the best of both worlds. In a design actually based on decade-old Clio III underpinnings. No matter. These were stretched to create in this car one of the most spacious superminis in the class, with around 10% more rear legroom than you'll find in most obvious rivals. Significantly more headroom too, which is impressive bearing in mind the lower roof height. All of which, if you've a family to carry, could matter hugely. No of course you can't get three fully-sized adults comfortably across the back seat in a car as small as this but in this unlikely eventuality, you'd be better of in this Clio than in just about any other car in this segment. There's decent space for their possessions too, with a boot that, at 300-litres, is about 15-20-litres bigger than the obvious competition. Push forward the 60/40 split-folding rear backrest and you can extend it to 1146-litres - again, a best-in-class figure. At the wheel, there are shiny, jazzy cabin finishes that grab your attention and refuse to let it go, especially if you're in a car that's benefitted from (or been afflicted by) the huge array of trim personalisation that was possible for original buyers. As for the design itself, there's yet another dash that's been sculpted in the shape of an aircraft wing on which is mounted an overtly confident chrome-surrounded instrument cluster dominated by the kind of digital speedo that not everyone will like. Equally eye-catching is the consumer electronic-fest that dominates the gloss black-trimmed centre console of all but base models in the form of a tablet-like display that is the 7-inch R-Link colour touchscreen. From here, as well as controlling the stereo and the Tom Tom sat nav, there's the potential to surf the internet, email, use text-to-speak messaging, download a range of Renault-sourced apps and even get economy driving tips. It's really very clever indeed. Dislikes? If you can get on with the modern feel, there aren't many. The rear windows are a little small (their glass area has been reduced this time round for a sportier look), so it can be tricky to see over your shoulder when parking or at junctions. It's also a bit surprising to find that the cruise control switch isn't operated in its usual place off the wheel but down by the handbrake. Still, at least behind the wheel all models do get a neat control stalk for the high quality stereo. Not as ergonomic is the placement of the start button (there's no key needed) a reach away on the left hand side of the centre stack; lazily, it wasn't moved across to suit the needs of righthand drive customers. Still, all markets did seem to appreciate the practicality of this cabin, with lots of well thought-out stowage spaces dotted around. The tray in front of the gear lever that's exactly the right size to hold your 'phone or music player. The 4-litre glovebox. And door bins that can carry a 1.5-litre bottle. Pass the Perrier. 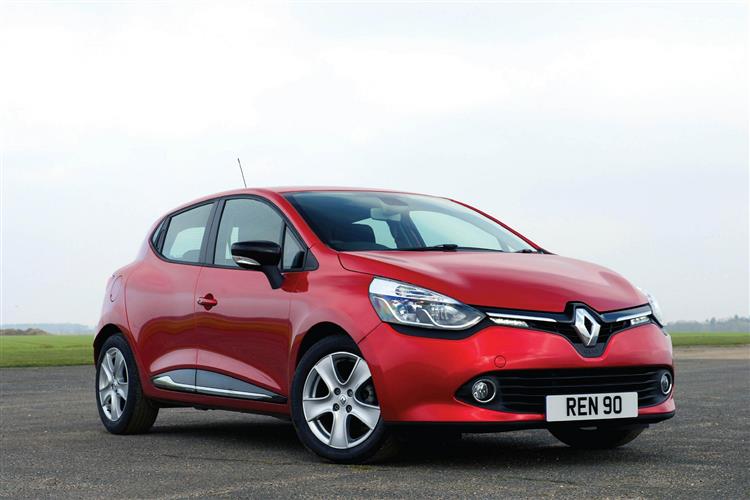