Large, plush SUV motoring suits hybrid technology perfectly, but for a long time, only Lexus was able to bring us a package delivering running costs low enough and a driving experience desirable enough to make the whole concept really worth considering. In the 2012 to 2015-era RX450h model we look at here, the Japanese brand showcased a decade of experience with petrol/electric powerplants. Is it a good secondhand choice?

If ever a category of car cried out for a more efficient means of forward motion, it's the luxury SUV. For most of us, such a vehicle is only viable to own when equipped with a diesel powerplant - but even that attracts quite a bottom line running cost penalty. You'd expect then, that by now, hybrid engines would be common in this segment. By 2012 when the facelifted RX450h model we're going to look at here was launched, they still weren't. Which in its 2012 to 2015-era, gave this model an uninterrupted run at buyers who wanted a luxury SUV but weren't prepared to should the BIK taxation that went with rival diesel models. This was, and still is, the thinking person's luxury SUV and it sold until an all-new model was introduced in early 2016. Let's check this 2012 to 2015-era design out as a used buy.

What You Getword count: 520

You wouldn't mistake this RX for a fully-fledged mud-plugging SUV, but it does have a classic Crossover look, with pronounced wheelarches that flow seamlessly into both bumpers and doors. Distinctive side window mouldings adopt the arrowhead shape that hallmarks the Japanese maker's L-finesse styling approach and the kink in the bottom of the rear doors that draws your eye to the hybrid badge is a nice styling touch. As with previous RX models, the bodywork is class-leadingly slippery. Brand followers will recognise this 2012 to 2015-era version by its smart front end incorporating the spindle-shaped arrangement for the upper and lower front grilles that's a central element in current Lexus design. At the wheel, owners familiar with the original post-2009 RX450h model will find fewer changes to catch the eye, with a dashboard divided, as before, into upper and lower zones. Higher up, the emphasis is on an eight-inch colour LCD screen, one of functions of which is a fascinating 'Energy' display showing at any given time what's being powered by or driven by what. You can access this 'Energy' section - and indeed all the other infotainment functions of the system - by using the 'Remote Touch' mouse-style control between the seats, available on all but the entry-level variant and simplified in this revised model for easier use. Through the lovely leather-stitched wheel, you glimpse instruments that have a beautifully choreographed lighting sequence when you enter and exit the car, the lefthand dial, as usual with Lexus hybrids, being a hybrid indicator rather than a rev counter, encouraging the driver to keep the needle in the blue 'Charge' and 'Eco' segments rather than the white 'Power' section above. Otherwise, things are much as you'd expect from any Lexus. We love the little touches, like the way the dual-speed electric windows automatically slow at the beginning and the end of their opening and closing sequence, so as to reduce cabin noise and vibration when you're on the move. Build quality is beyond reproach, though the use of Toyota switchgear (for those electric windows for example) does lower the tone slightly. As usual in the rear, two passengers will be comfortable but three will need to be on friendly terms. The bench conceals the three battery packs that power the Hybrid drive system but that doesn't stop it being extremely flexible, sliding backwards and forwards so that either luggage space or legroom can be prioritised and reclining for greater comfort on longer journeys. Out back, the 496-litre boot isn't especially big by class standards (a BMW X5 will give you 120 litres more) but with all those batteries having to be stowed somewhere, we were expecting a lot worse. Top air suspended models even have a button here for lowering the ride height for easy loading. And if you're not using the rear bench, you can drop it using convenient levers on the luggage bay sides, at which point you'll find that the backrest splits 40:20:40 to perfectly suit the kind of luggage and passenger combo you have in mind. With everything flat, up to 1,760-litres of total space is available. 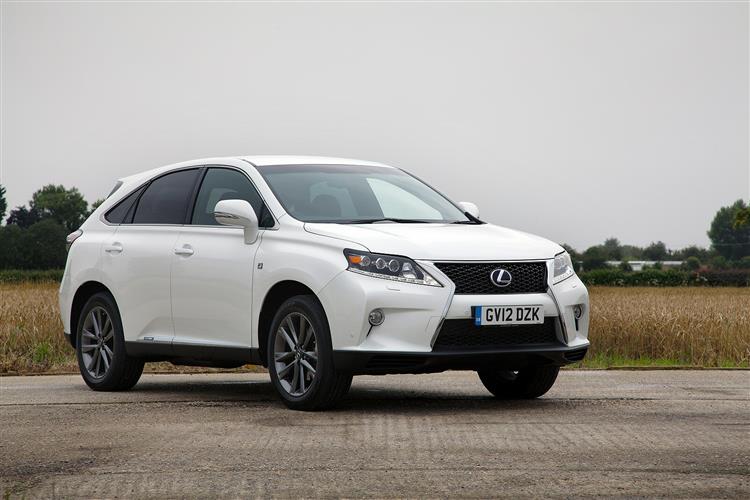