STAND BY ME (some text hidden)

If you were looking for a used supermini that would give you the least sleepless nights, it's a fair bet that most of you would plump for a Toyota Yaris. With good reason too; the Yaris finishes amongst the very top contenders in any reliability survey you care to examine. Whether it be Driver Power, TuV, Which? or JD Power, it's there or thereabouts. Here we take a look at the early MK3 models built between 2011 and 2014 and point out what to look for when shopping for a used version.

It's easy to overlook quite how long Toyota's Yaris has been with us. The first generation car appeared in 1999, replacing the wholly underwhelming Starlet model. Compared to its predecessor, the Yaris was a quantum leap forward but it was still a modest achiever, offering reliability and low running costs but doing little to tweak the heart strings. The second generation Yaris arrived in 2005 and it was bigger and better built. That model received a good refresh in 2009 with a more efficient 1.3-litre petrol engine, a revised diesel unit, improved transmissions and the addition of Stop & Start to further boost efficiency. Fast forward to 2011 and a third generation model appeared, offering sharper styling, greater efficiency, higher-tech features and more space. It was the time the Yaris really came of age, a little lightweight but undeniably good value. A Hybrid version arrived in mid-2012, a revised Trend trim level debuted early in 2013 and the whole range was thoroughly facelifted in mid-2014, as Toyota passed the two million mark for Yarises built in Europe.

What You Getword count: 215

The styling of the Yaris morphed from the old rounded and cuddly theme to a more chiselled and assertive look with this third generation car. In the words of chief designer Dezi Nagaya, the exterior has a "keen" appearance, witnessed particularly in the front end with its slim, horizontal headlights and prominent, deep lower air intake that anchors the car's wide stance, broadcasting a low centre of gravity. Shorter front and rear overhangs, a 50mm increase in the wheelbase and more prominent wheelarches gave the car a sportier look. The Yaris's cabin feels solidly screwed together. That said, apart from the smart multi-function steering wheel and Touch & Go multi-media system, the interior remained much as it had been in the previous generation version - which is to say unadventurous in its styling with the exception of some heavily grained dash top plastics. The controls are sensibly positioned and the dash features an eco gauge to help you drive more economically but with rival superminis offering some highly intelligent and charismatic interior designs, the Yaris falls a little short. It's a shame because the car does the hard work so effectively and may lose sales due to that last one per cent of interior tinsel that's often all that's needed to swing a buying decision. 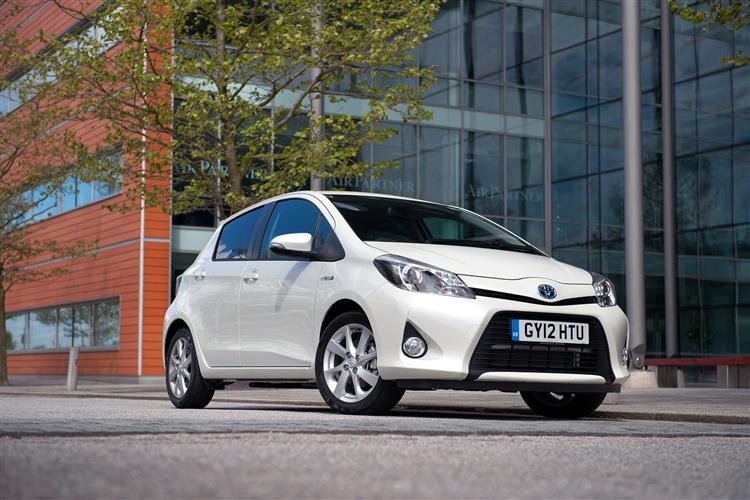