LOITERING WITHIN TENT (some text hidden)

Versatile, user-friendly and affordable is a good place to start when designing an MPV. When Peugeot looked around for a platform that could deliver in these key areas, the one underpinning its Partner emerged as a front runner. The only problem was that the Partner was a van. Undeterred, the French manufacturer went ahead anyway and the resulting Partner Combi ended up as a founder member of the van-based MPV sector. Six years later, the Partner's larger, higher quality commercial vehicle replacement also spawned an MPV version. That's the Peugeot Partner Tepee we look at here.

Tepee might be a vaguely silly name for a car but it's fair to say that people who are overly concerned about what the neighbours think don't buy van-based MPVs. It's a long way up from here to the height of fashion but if you're after maximum practicality at minimum cost, the Partner Tepee and its ilk are where it's at. The car launched in 2008 amid claims that it offered considerably more size and sophistication than the old Partner Combi. These turned out to be well-founded with the Tepee representing a marked step upmarket from the utilitarian original. This was possible because around the same time, Peugeot launched van and MPV versions of the smaller Bipper. With lower prices and an even sillier name, the Bipper Tepee models took care of the affordable end of things, allowing the Partner Tepee variants to stretch their legs in a more salubrious direction. Of course, it remained a van-based MPV: let's not get ahead of ourselves here. As with the original Partner, this model had an identical twin with Citroen badges known as the Berlingo or the Berlingo Multispace in MPV guise. 1.6-litre petrol and HDi diesel engines were offered, with trim levels running from Urban to S and Outdoor. The Outdoor models feature 4x4 styling cues which give a more rugged look to the Partner but aren't particularly convincing. In 2009, 7-seater versions were introduced, bringing more practicality and underlining just how much room there is inside one of these cars.

The unique selling point of vehicles of this ilk has always been their ability to carry five passengers and a lot of luggage in a compact and nimble package. The Partner Tepee may be substantially larger than the vehicle it replaced and some of the manoeuvrability may have ebbed away in the growth process but the space inside was bigger than ever - hence the opportunity for Peugeot to offer a 7-seat option pack. Legroom on the main back seat is fine for adults and positively luxurious for small children. The boot measures in at 574 litres which surpasses the luggage space in pricier compact MPVs like Citroen's C4 Picasso (a car that rides on the same platform as the Partner) and Ford's C-MAX. Peugeot also worked hard on the look and feel of the interior. The quality of the materials and of the construction might not be the classiest you'll experience but they certainly don't speak too loudly of a hastily reconfigured van. Raw space was never going to be a problem for the Partner Tepee but the designers have also made sure that owners can get the most from it. Storage solutions abound under every flap and in every crevice with more ingenious inclusions as you ascend the trim level range. On top of the basic door pockets, shelves and glove boxes, buyers ticking all the boxes could find items to cram into under seat draws, under floor cubbies, a centre storage console and an internal roof-rack that stores long items securely within the vehicle that would normally need to be clamped on to the top. Access to the rear seats is through the van-style sliding side doors which are ideal in tight spaces and you get at the boot though the large tailgate. There was also the option of an opening rear screen so owners didn't need to lift the whole tailgate all the time. 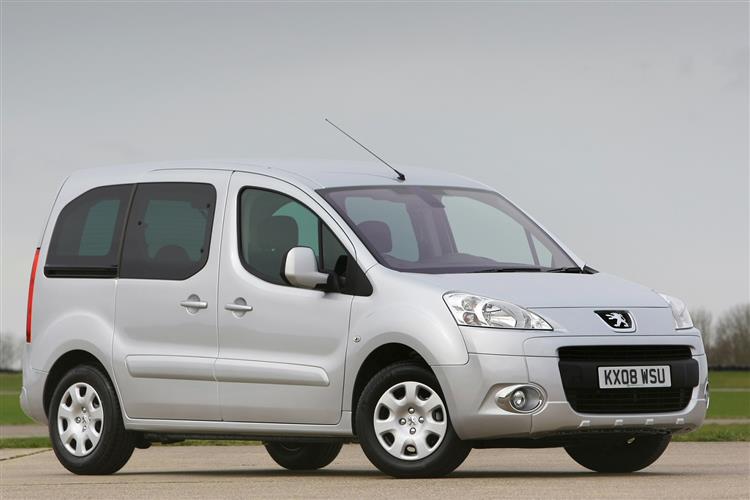