Want a premium-badged small car that makes more of a city statement? Audi's A1 Citycarver could be what you're looking for. Jonathan Crouch tries it.

The Audi A1 shows its trendy lifestyle side in this 'Citycarver' guise. This variant is SUV-inspired but of course it's not any sort of SUV: it's not even really any sort of Crossover either, though you do get an extra 4cms of ride height and, more importantly, a whole stack of extra pavement presence.

So, the Citycarver. Silly name. Sensible car? No, not really. But then life would be pretty dull if purchase decisions were all based on sensibility. The A1 Citycarver is a model aimed at people who like the idea of a small SUV but want to stay with the dinky dimensions of a supermini. It's a concept that's been floated on and off quite frequently over the years, back in the dim and distant with cars like the Volkswagen Polo Dune and the Citroen C3 XTR - and more recently with the Ford Fiesta Active. But never with a premium model in this segment like the Audi A1. So what difference will a bit of body cladding and a slightly higher ride height make here? Let's find out.

You might expect that the addition of 40kgs of weight and a higher ride height might have a negative effect on the tarmac performance of this car. Happily though, that's not the case. Actually, the opposite is true, this variant's extra suspension travel delivering a slightly more compliant ride than you'd get in an equivalent A1 Sport derivative - and there's certainly much softer springing than you'd find with the much more firmly-suspended A1 S line. Most Citycarver models will be sold with the 1.0-litre three cylinder petrol unit we're trying here - the 116PS '30 TFSI' version of it: unlike an ordinary A1 Sportback, this pretend SUV variant doesn't bother with this engine in its lesser 95PS '25 TFSI' guise. The performance stats are exactly the same as they would be for any other A1 30 TFSI derivative - rest to 62mph in 9.5s (or 9.4s if you go for the alternative S tronic 7-speed dual-clutch automatic) and a top speed of 126mph either way. It's a punchy, willing little engine, with decent low-down pulling power for urban work and enough top-end refinement to make longer highway trips comfortable. If highway journeys are more the norm for you, then you might want to find the extra for the alternative four cylinder 1.5-litre 35 TFSI engine which puts out 150PS and in S tronic form, improves the performance stats to 7.7s and 137mph. On the twisty stuff, there's a fraction more body roll that you'd get in a conventional A1, but to really notice that, you'd have to be pushing through the turns a lot harder than a typical owner ever would. Like an ordinary A1, you get plenty of front end traction and precise, direct steering. As usual, there's the Audi 'drive select' drive settings system which offers four modes - auto, dynamic, efficiency and individual. These alter steering feel, throttle response and, on an S tronic variant, gearshift timings. 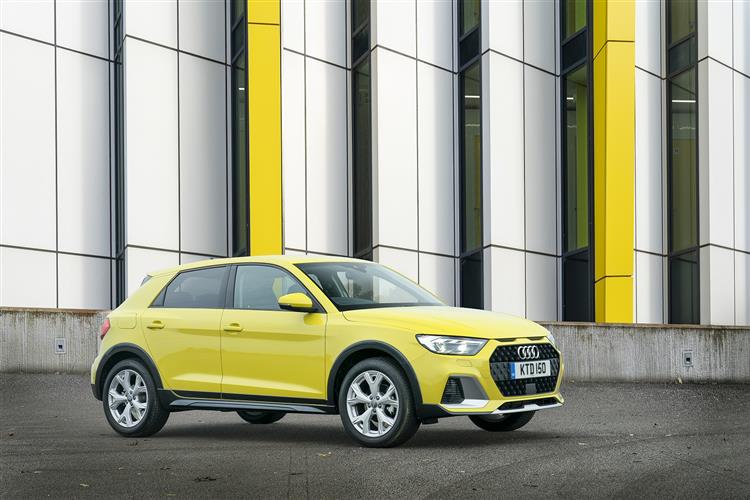