AS AXPECTED? (some text hidden)

The Mitsubishi ASX is the compact crossover that you probably left off your shortlist. Does the latest improved version deserve your attention? Jonathan Crouch reports.

What's Mitsubishi's most important model? To date in modern times, it's been the Outlander PHEV. In future, it could well be this car, the ASX small SUV, here substantially revised. It's not a new generation model, but everything is different from the A-pillar forward, plus under the bonnet, there's a new 2.0-litre MIVEC petrol drivetrain with 150hp. Buyers choose from front wheel drive and manual transmission and four wheel drive with a 6-speed CVT auto. And there's more interior space and equipment than you might expect from a car of this kind.

There aren't actually many cars still on the market with designs dating back to 2010, but Mitsubishi's small SUV, the ASX, is one of them. Not that you would know that thanks to the far-reaching facelift applied to the car we're looking at here, which also gets a fresh 2.0-litre petrol engine. As before, this ASX competes in the compact SUV segment, its strongest selling point being possibly that it's slightly larger than the Juke and Captur-segment norm. Known in other markets as the Outlander Sport and RVR, this model is one of the most important models in the Mitsubishi range. Globally it's the brand's third best seller, having accumulated 1.36 million sales around the world with the UK accounting for some 30,858 of those sales. At some point, Mitsubishi will launch a completely new ASX model, but now that the company is owned by the Nissan-Renault Alliance, it must use engineering and platform technology from those brands and isn't quite ready to do so yet.

Mitsubishi decided that an all-new ASX design could wait, but a new engine for this car couldn't, hence the substitution of the previous 1.6-litre powerplant by the 2.0-litre MIVEC unit that's now all you can have in this car. It drinks petrol of course - there's not a lot of demand for diesel in the small SUV segment. And it's available in two forms; with manual transmission and front wheel drive or with a CVT auto gearbox and 4WD. This unit develops 150hp with 195Nm of torque, hence the 1.3-tonne towing capacity. In auto 4WD form, it's good for 62mph from rest in 12.2s en route to 118mph. As you might expect from a basic design that's quite old, the driving dynamics aren't cutting-edge but there's enough to satisfy an undemanding buyer. Many buyers will want the 4WD version which ought to be quite capable by the very modest standards of the small SUV segment. Mitsubishi points out that this car's 190mm ground clearance is actually more than is offered by the next model up in its SUV range, the Eclipse Cross. The 4x4 system in the ASX offers a choice of three modes for various driving conditions with an electronically controlled centre differential to determine the optimum torque split to the front and rear, using sensor data on throttle position, vehicle speed, road conditions and driver inputs. 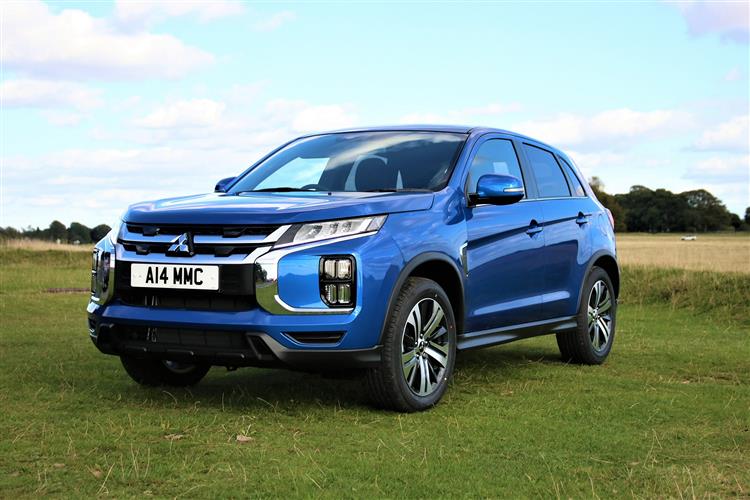