Try and picture a van-based compact people carrier. Bet you weren't imagining anything quite as nice as this. The MK3 model version of Citroen's much more civilised third generation Berlingo people carrier has been further distanced from its predecessors' basic commercial roots. With smarter styling, more equipment and efficient PureTech petrol and BlueHDi diesel engines, this value-for-money five or seven-seater is now a vehicle that demands to be taken very seriously indeed. If you're after a budget family carry-all, it's well worth a look.

Some cars aren't too precious about the lives they need. Take Citroen's classic post-war 2CV. You could drive it across a ploughed field, hose it clean, subject it to a fearful leathering, then pass it on like a family heirloom. It was uniquely French, uniquely Citroen and its modernday successor was the first generation of this car, Citroen's Berlingo. The Belingo has been on sale as both a van and a van-based MPV for over two decades now, the MPV version previously badged 'Berlingo Multispace'. This third generation model is to be known simply as 'Berlingo'. Whatever you want to call it, this model line has been a successful one for Citroen (and for Peugeot whose Partner Tepee model was effectively a re-badged version of the same design). So much so that there have only been two iterations of people-carrying Berlingo in 22 years; until now.

If you've yet to sample one of these third generation models, you'll probably be very pleasantly surprised by how the Berlingo drives. The old bump, thump and reverberations that characterised previous versions have well and truly gone. I know it's a bit of a cliche when discussing this sort of MPV but there is a lot of truth in describing this boxy Citroen as 'car-like'. For what is quite a tall, high vehicle, there's none of the tippy feeling that characterised the previous generation version of this design, helped in no small part by beefier anti roll bars. And a much improved suspension set-up. Which in turn has made possible the kind of ride quality you'd like to expect from a Citroen: in other words absorbent and very well tuned for our terrible roads. It's an important thing to consider, for I reckon that aside from safety and practicality, ride quality needs to be one of your key criteria when making a decision on an MPV-style vehicle. Too firm and you'll never manage to get the kids off to sleep on a long journey at night: too soft and they'll get car sick. The Berlingo strikes a good balance because it's a little softer than you might expect in compression and rebound - in other words, over the bumps - but a little firmer than you'd think in roll - in other words, around the corners. Engine-wise, you get to choose between a 1.2-litre three cylinder Puretech petrol unit (with 110 or 130hp) or a 1.5-litre BlueHDi diesel (with 75, 100 or 130hp). For auto transmission, you'll need one of the 130hp variants. 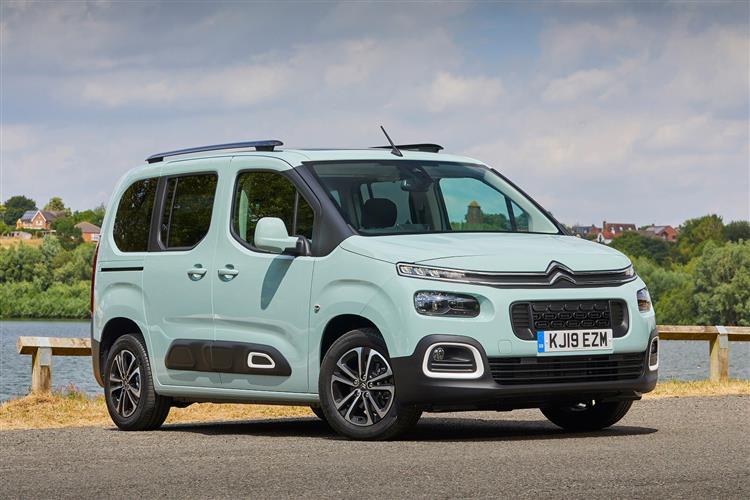