Porsche's second generation Panamera luxury five-door model is more appealing to boardroom buyers on this Continent than ever before in its current smarter, more engaging and more efficient guise. Jonathan Crouch drives one.

The Panamera has evolved. This MK2 model not only looks a whole lot smarter but is also bigger, more powerful and sharper to drive. Porsche may not have got it right first time, but this rejuvenated design car looks to be one formidable contender.

Named after the Carrera Panamerican road race, Porsche's Panamera is the brand's offering to Luxury segment buyers wanting spacious rear seat accommodation and a properly sporting Gran Turismo driving experience. This model could have ended up being a four-door version of the company's 911 coupe or a low-slung interpretation of the marque's Cayenne luxury SUV. In the event, it's very much its own car, a long, low five-door hatchback that offers something very different in its sector. In this new generation guise, it's smarter, faster, more efficient and, in E-Hybrid form, impressively advanced too. Plus there are standard, long wheelbase and 'Sport Turismo' estate bodystyles. For boardroom buyers who yearn for Brands Hatch, it all promises to be a tempting proposition.

This being Porsche, we can't just rely on more efficient engines. We also want more power. So that's exactly what's been delivered here. There's now no diesel option, so most buyers are going to be choosing between the 3.0-litre V6 with 330hp used by the base petrol variant, the 440hp 2.9-litre V6 found in the Panamera 4S and the 4.0-litre twin turbo V8 in the Panamera Turbo, developing 550bhp. The 2.9 V6 and V8 engines are also used in the petrol/electric 'E-Hybrid' plug-in models. The 4 E-Hybrid V6 derivative develops 462hp, while the Turbo S E-Hybrid V8 flagship variant puts out a massive 680hp. 4WD is optional on the base 3.0-litre V6 model. Other Panameras feature all-wheel drive and all have a ZF-sourced PDK eight-speed dual-clutch automatic gearbox. All variants are exceedingly quick. The 4S, which shares its engine with the Audi RS4 and RS5 models, storms from zero to 62mph in a claimed 4.2 seconds; the standard Turbo manages it in 3.6 seconds, and in both cases, the optional Sport Chrono package shaves off a further 0.2 second thanks to its launch-control function. Stated top speed is 180mph for the 4S and 190mph for the standard Turbo. Underneath the sleeker bodywork lies a new mixed-material MSB platform that's also used by the Bentley Continental GT. This is not only more rigid, but is also lighter. Optional extras include a new three-chamber air suspension, all-wheel steering and a clever cruise control system that takes into account speed limits, bends and inclines. 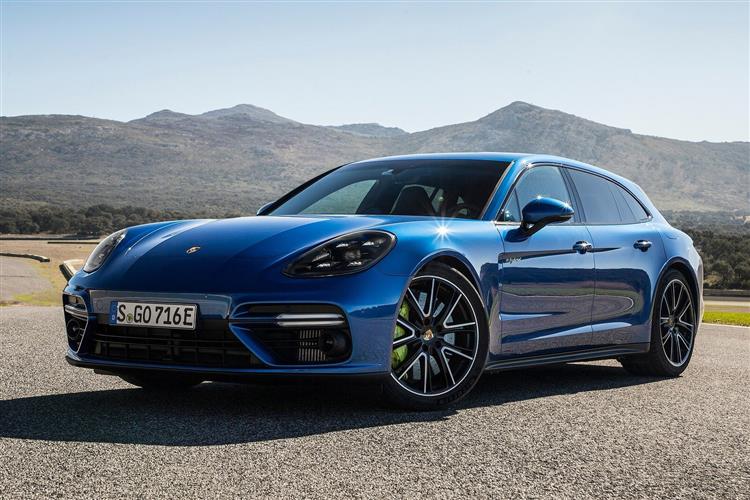