ONE L OF A TRUCK? (some text hidden)

The Series 6 version of the Mitsubishi L200 pick-up features far-reaching changes. As a result, Mitsubishi claim to have brought us the most advanced version of this model yet. You can see why so many buyers in this segment choose it.

If you're buying a pick-up in the UK, then it's highly likely that you'll be looking at Mitsubishi's L200. This model has, after all, historically out-sold all its rivals. Its market leadership has much to do with the fact that this Japanese brand got its act together faster than other contenders in this sector, being the first back in the Nineties to recognise that pick-up ownership could be extended beyond farmers and jobbing builders into the SUV lifestyle segment. As a result, the original L200 model was allowed to take almost half the British market in this sector before its rivals caught up. These days, this vehicle is far more sophisticated - as it has to be in order to hold its own against a raft of tough rivals. This redesigned Series 6 version features a fresh look inside and out, plus extra equipment features but the thinking's gone deeper than you might usually expect with a facelift. Indeed, the Japanese maker claims to have made over 4,200 changes to his vehicle, drawing on over four decades of experience in this segment.

The engine is a freshly developed 2.2-litre 150bhp diesel unit and the optional 6-speed auto gearbox is also new. Plus there are new drive modes for the four-wheel-drive drivetrain; gravel, snow, sand and rock settings have been added, each one varying how power is needed to optimise performance. As ever, all L200 models are fitted with either 'Super-Select' 4WD (which delivers optimum traction and handling characteristics for any given surface); or 'Easy-Select 4WD' (which simplifies switching between drive modes for different road surfaces). There's only so much you can do to make a pick-up enjoyable to drive but Mitsubishi has made more effort in this regard as part of this update, conscious that any L200 is likely to spend the majority of its time on tarmac. There's re-developed suspension, plus there are shock absorbing body mounts, which absorb vibrations and aim to provide a quieter, more comfortable cabin. Those damping updates are welcome but since there's still the same combination of solid chassis and live rear axle, things can still get a bit bouncy from time to time unless you're careful. Getting from rest to 62mph occupies around 10.5s and as before, the L200 can be driven in either 2WD or 4WD on tarmac or off road. This vehicle can also tow up to 3.5 tonnes. And for a pick-up, there's a reasonably tight turning circle too. 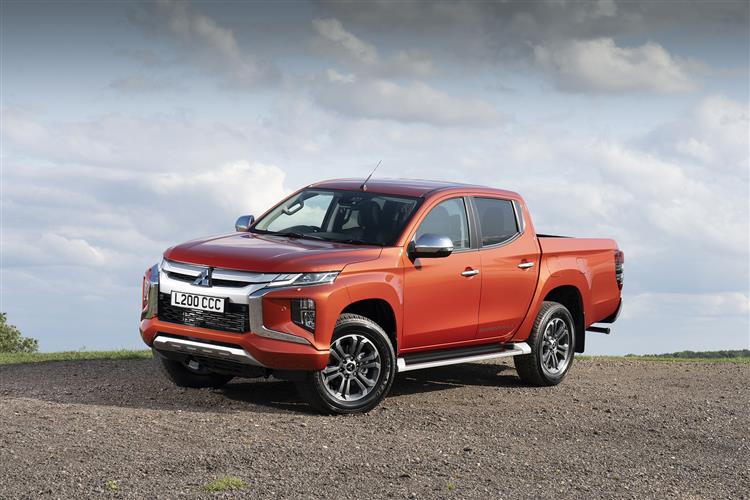