THE I'S HAVE IT (some text hidden)

BMW's long-awaited electric vehicle, the i3, always promised much. Now, with a gutsier 120Ah battery, it delivers even more. Jonathan Crouch reports.

BMW i3 has proved to be a successful first stab at the all-electric vehicle market for its Munich maker and since the original 2013 launch, the Munich maker hasn't stopped trying to improve it. In 2016, the original 60Ah version was replaced with a 94Ah variant that boosted this model's all-electric operating range to over 200 miles. A year later, BMW gave the styling a minor refresh and added a slightly pokier i3s derivative into the range. Then in late 2018, the brand introduced a larger 120Ah battery that promised a driving range increase of up to 30%. For all buyers, the option remains on both variants to add in a small 'Range Extender' petrol engine to further boost operating mileage. The result of all these improvements is a car that's now even harder to ignore in this growing segment.

If you're of the old school and BMW means shark nosed, six-cylinder, ultimate driving machines to you, the Munich company's i3 electric vehicle is going to appear a wholly alien concept. It's a squat little citycar riding on 155mm wide tyres. Yet delve a little deeper and it doesn't take long to find a strand of proper BMW DNA. It's revealed in the thinking behind the engineering and the logic that went into making the various development decisions. Wherever BMW's engineers could have developed a more focused, technically correct solution, they appear to have done so, allowing for certain cost controls of course. Of course, you might well be part of the 99% of British car buying customers that chooses an internal combustion engine over an electric motor. Your next car and maybe the next one after that will probably be powered by fossil fuels. Even if that is the case, have a look at what the BMW i3 now offers, especially in this improved 120Ah form with its long 223-mile (NEDC) all-electric operating range. It's building a case for electric vehicles that is becoming ever more convincing.

As you might expect from a BMW product, the i3 doesn't want for go. The electric motor is mounted low down within the rear axle which helps to keep a low centre of gravity and also to improve crashworthiness. The power unit weighs just 130kg and produces 170bhp in standard form, which means that the i3's power to weight ration of 141bhp per tonne is just 5bhp per tonne shy of a Honda Civic Type R hot hatch. If you're interested in a comparison of that sort, you'll be interested in the slightly pokier i3s variant, where the electric motor's power output is boosted to 184bhp, plus there's sports suspension with specially developed springs, dampers and anti-roll bars. Whatever i3 variant you choose, as with all electric vehicles, a decisive advantage comes in its amount of torque. In a typical city scoot such as, say, a 1.2-litre Fiat 500, you can count on 102Nm of torque, but this BMW generates a hefty 250Nm of muscle in its standard frm (or 270Nm in 'i3s' guise), offering instant urge with all that torque available from idle. It's sent to the rear wheels via a single-ratio gearbox that offers the choice of three driving modes: Comfort, Eco Pro and Eco Pro+. The i3s has an extra 'Sport' setting. This translates to a car that's certainly not slow off the mark. The standard model will get from standstill to 37mph in 3.8sec and to 62mph in 7.3sec (or 6.9s for the i3s). Either way, any Toyota GT-86 sportscar drivers will have a very hard time keeping pace with an i3. The top speed is limited to 93mph in the standard model or 99mph in the i3s. Extremely direct steering, a low centre of gravity, a clever DSC stability control system and lightweight body structures add up to very focused driving characteristics. BMW has engineered in a little body roll, largely to clue drivers in to where the limits of those narrow tyres are, but this remains a car you can enjoy hustling along. Go for the 'Range Extender' version of this car, as is possible with ether i3 or i3s variants, and a tiny 650cc two-cylinder petrol engine is added to cut in once the battery power is spent. 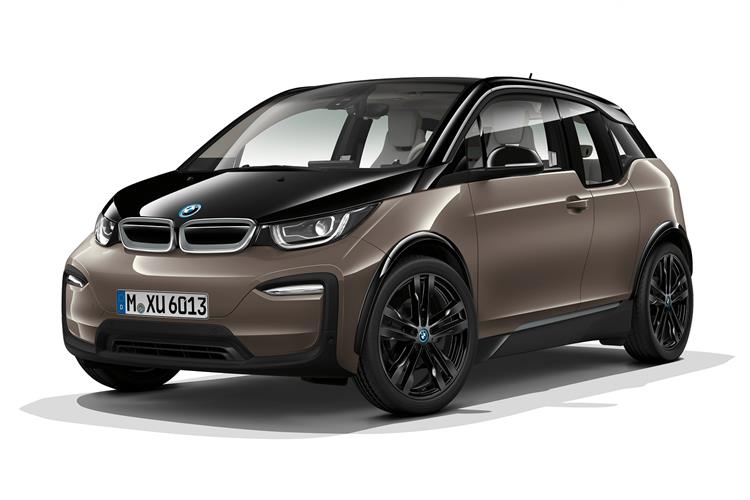