This improved version of the second generation Range Rover Sport gets the option of clever mild hybrid diesel engine technology for the first time. And, as before, it offers amazing all-terrain capability. If you can afford one, there's now very little not to like, thinks Jonathan Crouch

The Range Rover Sport came of age in second generation form, bigger, lighter and sharper in its reactions. Now, Land Rover has usefully improved it, adding in MHEV mild hybrid diesel power for the first time in the shape of the freshly added D300 and D350 variants. As you'd expect, this dynamic luxury SUV also gets up-to-the-minute safety and connectivity technology in its latest form, plus there's a 'Low Traction Launch' system for peerless all-terrain capability.

So to the Range Rover Sport. A car that in its original guise was neither a Range Rover or 'sporty'. In fact, it was based almost entirely on the brand's sensible Discovery model and, thanks to that car's practical ladder frame chassis, as about as dynamic to drive. Not so this second generation model, now usefully improved to create the version we're going to look at here. Appropriately, its very existence is properly inspired - and in many ways completely made possible - by the fully-fledged Range Rover. Back in 2012, that car was completely redeveloped in fourth generation form with aluminium underpinnings, sharper handling and hybrid power, engineering eagerly seized upon by the Range Rover Sport development team in their quest to at last be able to offer a credibly sporting SUV rival to cars like the Porsche Cayenne and the BMW X5. These two competitors of course, don't have to blend in unrivalled off road excellence with their back road blasting. They don't have to be automotive swiss army knives - all things to all people - in quite the same way. So, burdened with such expectations, how can this Range Rover Sport take them on at their own game? That's what we're here to find out.

Can this car really be what Designer Gerry McGovern calls the 'Porsche 911 of SUVs'. The impressive 'Sports Command Driving position' anticipates such a showing - and once on the road, this car delivers it, the impressively light aluminium body structure making it feel a lot more nimble than you expect. Key recent changes beneath the bonnet see the old V6 and V8 diesels replaced by a new in-line six cylinder MHEV mild hybrid diesel, offered in D300 (300PS) and D350 (350PS) forms. This, the brand claims, delivers the efficiency of a V6 with the performance of a V8. The other key engine alternatives are all petrol-powered. There's a base four cylinder 2.0-litre P300 variant with 300PS. And a 3.0-litre six cylinder P400 derivative with 400PS. The Plug-in hybrid petrol P400e variant continues. As does the brand's politically incorrect 5.0-litre supercharged petrol V8 at the top of the range, available in the P525 (525PS) and the top P575 (575PS) SVR high performance models. Off road, as you would expect, this car is peerless, especially if you specify it with a Terrain Response system that'll always choose the perfect off road set-up. There's the further option of Land Rover's latest and very clever All-Terrain Progress Control system and now a clever 'Low Traction Launch' set-up that assists you when pulling away on slippery surfaces. Plus you can now monitor things via what's called an 'All-Terrain Information Centre', accessible via the centre dash touchcreen. For on road use, the quicker models get Torque Vectoring and 'Dynamic Response active lean control' to sharpen things through the bends, plus a 'Dynamic programme' that quickens up throttle response, steering and gearshifts if you're feeling sporty. 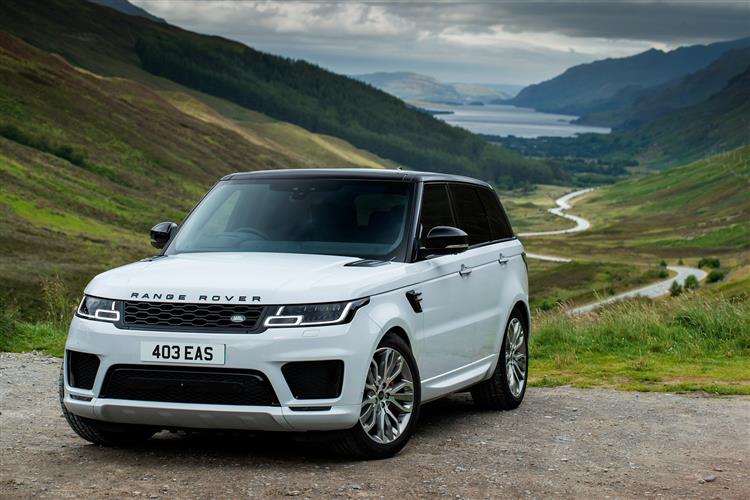