Ford's third-generation Grand C-MAX is one of the few MPVs that you could put a deposit on sight unseen. Jonathan Crouch explains why.

The Ford Grand C-MAX seven-seat compact MPV has been spruced up with sharper styling, more efficient engines and a whole host of clever technological highlights. The 1.5-litre diesel engine is sure to vanish out of showrooms fast, so you might need to move quickly there. What other options are there for those who relish a decent drive and need seven-seat practicality?

There aren't that many cars that you could confidently buy without driving them first. Even some revered model ranges have had their clunkers. The 115PS Golf GTI Mk IV was a dog. The BMW 518i is best forgotten. Even the iconic Porsche 911 took a long time to come back from the shoddy engineering and cut-price interior of the 996-generation car. Try thinking of one model line where you could confidently recommend every single car. Maybe the Mazda MX-5. There's a case for the Lexus LS. Add to that the Ford Grand C-MAX. No, it's not a blindingly obvious choice, but just think about that one for a moment. Has there been a weak one offered? If you want a seven-seat MPV but don't need something that is best operated with an HGV licence, the Grand C-MAX answers the call and does so with a blend of qualities that puts it beyond the usual mass-market MPV mediocrity. This heavily-updated third generation model ups the ante once again.

If asked what sort of MPV we'd recommend, we'd normally ask "do you like driving?" and if the answer came back positive, the answer has tended to be a Ford C-MAX - or the 7-seat 'Grand' version if you need the extra space. It seems simple but that right there is the big draw card of the Grand C-MAX. It's a car that operates in the distress purchase sector of the market, where it's needed rather than wanted, but still manages to bring an element of surprise and delight. The sheer joy of realising that MPV ownership needn't be boring is something to behold. This time round with this improved MK1 model, Ford has paid particular attention to improving refinement. Noise, vibration and harshness have been improved through the use of thicker side glass and more absorbent seals around the tailgate and rear view mirror. The engine bay heat shield has been filled with acoustic damping material to reduce powertrain noise and diesel cars are equipped with extra acoustic seals to further reduce noise intrusion. A retuned dual mass flywheel helps to reduce shaking forces when the engine is under load, while revised engine mounts offer improved refinement during Auto-Start-Stop operation. The star of the engine line-up is the 120PS 1.5-litre TDCi diesel engine, seen for the first time in the C-MAX, replacing the old 1.6-litre unit. Power goes up by five per cent while emissions drop by six points. There are also the multi-award winning 1.0-litre EcoBoost petrol engines, offered once again in 100 and 125PS outputs. The big banger in the range is a revised 2.0-litre diesel. 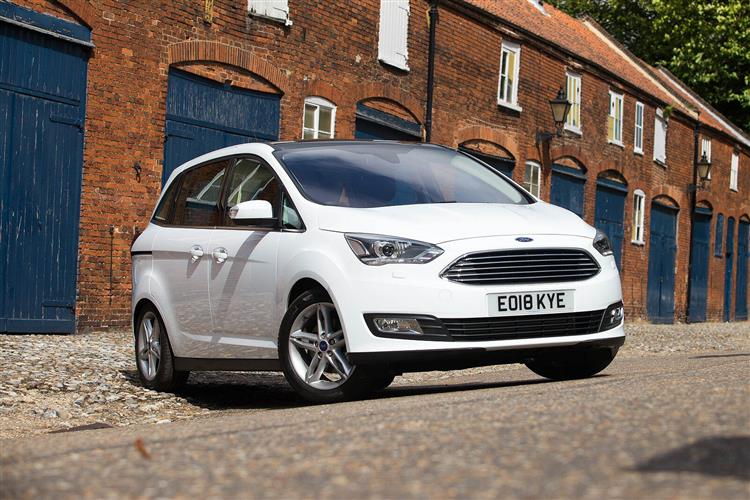