Has the van-based MPV become trendy? Fiat thinks its Qubo is the car to revolutionise this utilitarian market niche. Jonathan Crouch reports on the improved 1.4-litre petrol version.

Despite the barely bridled success of van-based MPVs over the last decade or so, many doting parents would still wilt at the prospect of bundling their treasured offspring into the back of a van. That's the kind of attitude which the Fiat Qubo is battling to overcome. Based on the Fiat Fiorino van but sporting exotic passenger car niceties like side windows, rear seats and carpets, the Qubo sets out to fill the small family car role at a low cost but also with a bit of style.

Van based MPVs have never been cool but Fiat claimed to have changed all that with its Qubo. Based on the Fiorino sub compact van, it's attractively styled, nimble around town, economical, spacious and impressively practical. Is it cool? No it isn't, but most buyers of small family cars will happily live with that in exchange for the other stuff.

Fiat's previous entry into the van-based MPV sector was the Doblo and very commendable it was too, for a van-based MPV. The Qubo slots in below the Doblo size-wise being based on the Fiorino van which operates in the sub-compact sector of the light commercial vehicle market beneath the Doblo Cargo's compact van sector. Despite its size, the Qubo pulls off the van-based MPV party piece which involves cramming lots of interior space into a small package. It's this and the practicality that the space offers to families which is likely to determine the Qubo's success or otherwise but as is the fashion for small car manufacturers today, Fiat is also attempting to position the Qubo as a trendy option for switched on city dwellers. Is the van-based MPV ready to become cool? Here, we'll try and find out at the wheel of the 1.4-litre petrol model. 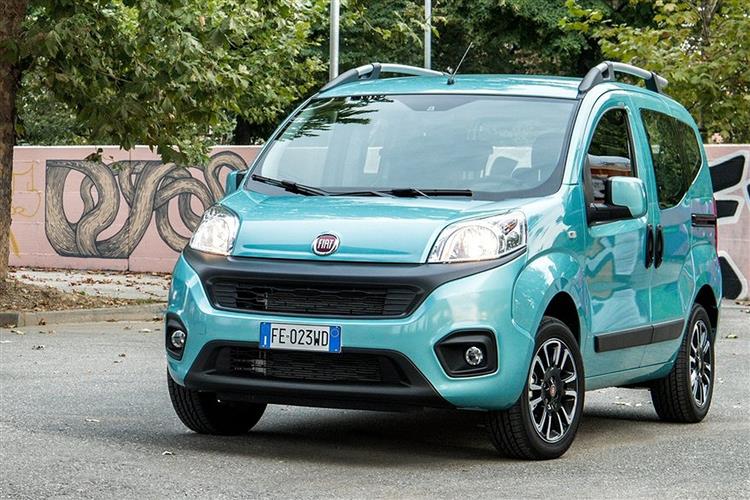