S3 IS THE MAGIC NUMBER (some text hidden)

The latest Audi S3 offers a small but significant package of improvements that include extra power, classy interior tweaks and a more involving 4WD system. Jonathan Crouch takes a look.

The latest Audi S3 offers 310PS, 10PS more than before. This, when coupled with the quattro all-wheel drive chassis, results in a performance car that could have been designed for the iffy British climate. It's not cheap but it's nevertheless capable of nearly 45mpg. Amazing.

There's something very right about the Audi S3. Always has been, always will be. When the first version was launched back in 1999, it didn't get much in the way of attention. That's because it was unveiled at virtually the same time as the mechanically identical Audi TT 225. Well, I say identical. The engines were the same but Audi tweaked the S3's down to 210PS, so it wouldn't prove quicker than the glamorous TT. I got to drive the two cars back to back and was convinced the S3 was the quicker cross-country vehicle merely by dint of the fact that you could see out of it so much better. Audi eventually upped the power of the 1.8T engine up to the full monty 225PS in 2002. That car was replaced by a second generation S3 in 2006. This was powered by the 2.0TFSI engine, offering a lot more scope for big power. With 265PS as standard, it was one of the quickest point-to-point cars sensible money would buy. It was also offered as a five-door Sportback and with the option of the DSG twin-clutch gearbox. While 265PS would have certainly punted you into the premier league of hot hatches in 2006, these days you need a bit more. When the original version of this car was launched in 2012, that meant an increase to 300PS, a figure Audi has now upped to the 310PS output featured by this revised version.

Of course, the S3 needs to respect its place in the hierarchy. There is, after all, an RS3 model that's even quicker, but ask yourself whether you really need a vehicle that'll get to 62mph quicker than the 4.6 seconds the S3 will detain you for. Customers can choose between a standard six-speed manual or an optional seven-speed S tronic dual-clutch automatic gearbox. That auto transmission is new, a replacement for the previous six-speed S tronic. Its added ratio allows Audi to fit a lower first gear - which accounts as much as the increased power for the 0.3s improvement in the 0-62mph sprint time. Changes to the software controlling the Haldex multi-plate-clutch four-wheel drive system now allow it to send up to 100% of drive to the front or rear wheels, depending on the traction available. Audi claims to have programmed the system to provide a greater percentage of drive to the rear wheels during spirited driving. The idea is that this will provide the S3 with more neutral on-the-limit handling traits, with less of a tendency towards understeer and a more tail-happy character than previous model. As before, Audi drive select is standard. It allows you to tweak the characteristics of the electronic accelerator, the boost of the progressive steering and the shift points of the optional S tronic gearbox. The user determines with the push of a button whether these systems operate in comfort, auto, dynamic, efficiency or individual mode. In individual mode, drivers can compose their own preferred profile within certain limits. 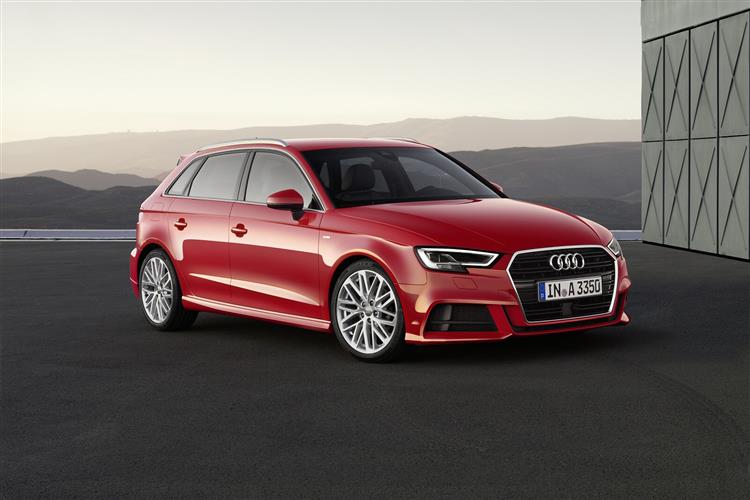