TOURER OF DUTY (some text hidden)

Can the estate car's brand of practicality still compete with the latest SUVs? Renault thinks it can. Jonathan Crouch reports on the latest Megane Sport Tourer.

MPVs tend to dominate the limelight with their versatile interiors and clever storage solutions but the estate car will still be a better solution for many families. The latest Renault Megane Sport Tourer is a great example of a compact estate with sleek looks, solid driving dynamics inherited from the Megane hatchback and lots of space in its well-designed boot area. This improved version is clever, sensible and very good looking, with extra sophistication inside - and under the bonnet, where E-TECH plug-in hybrid tech is now offered at the top of the range.

Have you got a young family? Then you need an SUV. At least, that's what the advertisements tell us. On TV and in the press, the SUV is set up as the ultimate route to wholesome family life. Beaming children spill from its wide door openings, bikes, kites and kitchen sinks are lifted from its huge boot and the seats magically flip, fold and twirl so the most can be made of its cavernous interior. It's all very convincing but where does it leave the good old fashioned estate car? It's certainly been eclipsed by the SUV but does it still have a role to play? Renault thinks it does and has found space in its latest fourth generation Megane line-up for this Sport Tourer estate variant, a car with the longest load capacity in its segment. Renault has probably done as much as any other manufacturer to promote the idea that families need an SUV, rather than a car like this Megane. From the pioneering Captur to the big selling Kadjar, the growth in the popularity of compact crossovers owes a lot to this French brand. But nailing all your colours to one mast is never a great idea, so Renault hasn't given up on the good old traditional estate car. All right, it calls it a 'Sport Tourer', but the basic 'hatch with a long tin roof' deal is as old as the hills.

A big attraction of the estate over an SUV is the way it performs on the road. The Megane Sport Tourer runs on the same platform as the Megane hatchback and the Kadjar SUV but has far more in common with the hatch in terms of its low centre of gravity and hunkered-down driving position. The suspension is lifted wholesale from the Megane and a redeveloped power steering system responds more swiftly to driver input. The rear suspension meanwhile, has been tuned to produce a more supple ride, as well as offering improved cornering. As with the vast majority of cars such as this, a big part of the driving experience will depend on the engine you've plumped for. The options in the volume part of range are very simple, both four cylinder units: there's either a 1.3-litre petrol powerplant with 140hp. Or a 1.5-litre Blue dCi diesel with 115hp. Both can be had with either 6-speed manual or 7-speed dual clutch auto transmission. Renault also offers an E-TECH plug-in hybrid variant which sees a 1.6-litre petrol engine mated to two electric motors and a multi-mode clutch-less transmission. The system puts out 160hp (around 20hp more than the equivalent plug-in package that Kia offers) and features a 9.8kWh, 400V battery that allows a range of about 30 miles; plus the ability to travel at up to 84mph, on electric power alone. 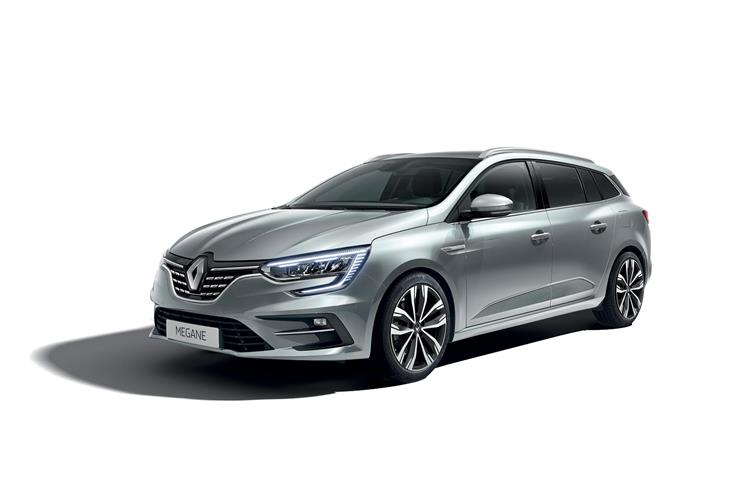