Named after the Carrera Panamerican road race, Porsche's Panamera is the brand's offering to Luxury segment buyers wanting spacious rear seat accommodation and a properly sporting Gran Turismo driving experience. This model could have ended up being a four-door version of the company's 911 coupe or a low-slung interpretation of the marque's Cayenne luxury SUV. In the event, it proved to be very much its own car, a long, low five-door hatch that offers something very different in its sector. In this second generation '971'-series guise, it proved to be smarter, faster, more efficient and impressively advanced and here, we look at the 2017-2020-era pre-facelifted versions of this design. For boardroom buyers who yearn for Brands Hatch, they promise to offer a tempting proposition.

To understand this car, you have to understand the way that Porsche sees it. This contender may be priced against Mercedes S-Class-style Luxury saloons, but ever since the MK1 '970'-series model's original launch back in 2010, its role in life has been styled to be subtly different. The brand sees the Panamera as a 'Gran Turismo', the kind of car that allows two rear seat passengers to recline in comfort while the driver enjoys himself. Forget Audi A8s and Jaguar XJs. Think instead. Maserati Quattroporte or even Aston Martin Rapide. In other words, a four-door luxury conveyance to really get the pulses racing. This car won't be chauffeur-driven. It shouldn't be anyway. It would, after all, be such a shame to ignore all of this Panamera's dynamic attributes and merely treat it as a limo. Porsche did though, made that option more of a credible possibility with this MK2 design (launched in 2017) by offering buyers an extra 'Executive' bodystyle with a lengthier wheelbase that provided prodigious rear cabin space. Platform variations like that were easier for the brand to deliver thanks to the flexibility of this second generation design's all-new MSB chassis, also shared with the MK2 model Bentley Continental GT. There was also a third bodystyle option too, the 'Sport Turismo', a kind of 'Shooting Brake'-style sports estate that offers a little extra carriage space and the option of taking a third person in the rear. Whatever kind of Panamera you choose, you'll get a car that in its evolution to MK2 form was changed far more fundamentally than the lightly evolved looks might suggest. All of the second generation model's engines were re-designed and three of them were completely new - a couple of 4.0-litre V8s for petrol and diesel buyers, plus a 2.9-litre V6 petrol unit. There was also a new 8-speed PDK auto gearbox, a body structure with even more lightweight aluminium, a vast improvement in media connectivity and a completely re-designed interior that claimed to set fresh class standards. Just after this second generation model line-up's launch in late 2016, green-minded buyers were also offered the option of even more effective 'E-Hybrid' plug-in power too. The diesel engine was discontinued in 2018. This '971'-series Panamera was significantly updated in the Autumn of 2020, but it's the 2017-2020 pre-facelift versions of the car we look at here.

Shut your eyes, picture what a four-door Porsche 911 sports coupe might be like and you won't be a million miles away from the reality of this Panamera. The original '970'-series MK1 version of this car set out to deliver on that brief too, but never quite managed it, sleek from some angles but distinctly awkward from others. Everyone seems to be agreed that this second generation '971'-series model is a much more stylish piece of work, thanks to its longer wheelbase and lowered rear roofline. Take a seat inside and you get low-set sportscar positioning, while the tall centre console that runs down the middle of the cabin hems you comfortably in, fighter aircraft cockpit-style. Around the gearstick the fiddly little buttons that previously decorated the centre console were on this MK2 model replaced by a shiny black panel that comes to life with touch-sensitive controls once you fire the ignition. Just above lies the other defining feature of this cabin, the huge 12.3-inch colour touchscreen controlling the standard 'Porsche Communication Management' infotainment system. More screens are found in the instrument binnacle either side of the prominent rev counter gauge. All of it's configurable to your personal preferences as part of one of the most sophisticated cabins you'll find anywhere in this segment from this era. What about the back seat? Settle in here and immediately, you feel a bit more special that you would in rival models thanks to the two individual sports seats that replace the usual bench. Another advantage to this layout is the way that it allows space for a big centre console optionally incorporating a 4.6-inch colour infotainment touchscreen similar to the one provided on the dash. If you've found one of the very rare long wheelbase 'Executive' models, then 150mm of extra body length will allow board-level buyers to really stretch out. Wealthy families meanwhile, could also consider this car, courtesy of the way that the 'Sport Turismo' shooting brake estate variant incorporates a small '2+1' centre rear seat that could be used for a child. With everything flat, a massive 1,340-litres of space is available in most standard variants. 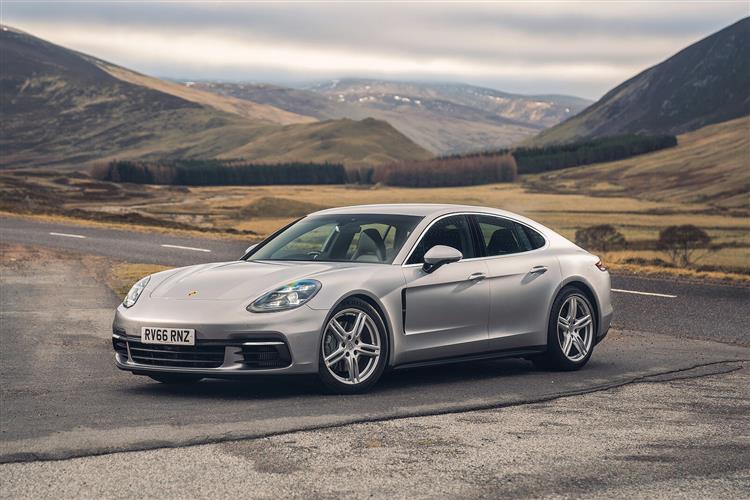