TAKING A PUNT (some text hidden)

In 2012, Fiat gave its Punto supermini a last roll of the dice with a package of improvements promising sleeker styling, clever technology and more efficient engines, most notably an innovative twin-cylinder TwinAir petrol unit that at the time was unique in this segment. Are these last-of-the-line Punto variants worth considering as an affordable used supermini buy? Let's find out.

Fiat has historically been very good at small cars, especially this one, the Punto supermini. It's a model that Turin has depended on very heavily in the modern era since an original introduction back in 1993 in a first generation guise that sold by the million and proved so successful that the Italians didn't even bother to update its underpinnings for the MK2 version launched at the turn of the century. They paid the price for that, with sales waning by the time this car was properly made up for the New Millenium and re-launched at the 'Grande Punto' in 2006. That design certainly looked good, but was low-tech beneath the bonnet and light on quality once you sat inside. These were faults the brand tried to address with a revised version, the Punto Evo, launched in 2010, which got smartened and fettled once more in 2012 to create the car that continued to sell for the brand until it was quietly deleted from the range in 2018. In its declining years, Punto sales rather fizzled out. Which was a touch ironic as this was the period that this car was actually at its very best. There was more advanced engineware beneath the bonnet than any previous Punto had ever offered - or at least there was for original buyers opting for the headline power unit, the clever 0.9-litre TwinAir petrol unit, which needed only two cylinders to develop a revvy 84bhp. And there was more. In this form, the Punto's interior at last had a sheen of quality to it. And the tweaked styling offered something of a return to chic, cheeky looks that were reminiscent of the original. This final 2012-2018-era Punto was a car that needed no apology, no 'Grande' or 'Evo' preface to its name, no desperate dealer offers. Once again, it was sold simply as a 'Fiat Punto' and was at last the kind of car you'd expect two decades of development to have been able to create. Ought this Fiat to feature on your shopping list of used superminis from this era? Let's find out.

Italian design always has been and always should be about style. The very first Punto was no great looker but it did have a cheeky charm that small families loved. The MK2 model was smarter and more sophisticated but one of Fiat's finest moments came with the introduction of the third generation version, the Grande Punto, in 2005 with its mini-Maserati looks. And it's these that supplied the inspiration for the post-2012 car we're looking at here. Redesigned body-coloured bumpers front and rear reprised the clean, effective styling that made the Grande model great and helped buyers to overlook its aging engines and plastiky cabin. These were problems that this improved Punto was thankfully less afflicted by. Take the interior. In actual fact, there wasn't too much wrong with the original design that a better choice of colour, trim and materials wouldn't have put right, so that's exactly what was tweaked for the 2012 model. This got a smarter seat fabric that was cooler to sit on in hot weather - and also a nicer soft-touch covering for the curvy dashboard. Special praise has to go to the steering wheel - another addition at this time. It doesn't look anything too special but it's just gorgeous to hold, with lovely palm flanges and thumb rests. In fact, you can get really quite comfortable in this Punto, thanks to supportive seats and a driving position that's hard to fault thanks not only to a vast range of seat and steering wheel adjustment but also to well thought out ergonomics for the controls. It's a spacious cabin too, courtesy of one of the longest wheelbases in its class amongst superminis from this era. How long? 2,510mm to be exact - 21mm more than a Fiesta and a full 59mm more than a supermini like Citroen's C3 from this period. That makes a genuine difference to rear seat accommodation, with this Punto offering good legroom, if not quite enough space to comfortable seat three adults. What's perhaps a little more surprising given the sleek teardrop shape is just how much headroom there is in the back as well. If there's a problem, it's that the extra wheelbase given to this design rather favours people over packages, so the 275-litre boot capacity is slightly less than is boasted by some rivals. It's worth pointing out though, that if you flatten the rear bench, the resulting 1,030-litre load area is one of the very biggest in the class from the period. 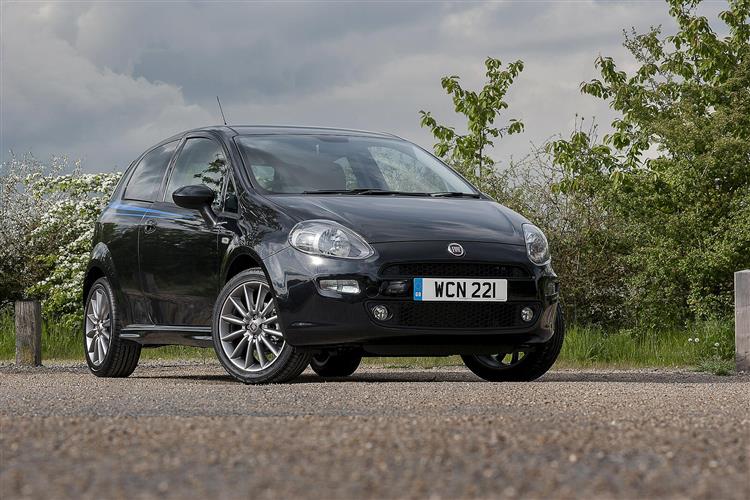