Toyota's Land Cruiser has always been the preferred mode of transport in some of the world's harshest environments - and is particularly popular in its more accessible 'Light Duty Series' form. A fourth generation 'J150' version of this model series arrived in 2009 and was substantially improved in 2014 to create the car we're going to look at here as a potential used buy.

In an age of Crossovers, soft roaders and various other permutations of pretend 4x4s, it's refreshing once in a while to come across the real thing. And this is it. Toyota's Land Cruiser. We're looking here at a modern version of the so-called 'Light Duty Series' model, which launched in fourth generation 'J150'-series guise in 2009. To begin with, it sold alongside a larger V8 diesel-powered super-luxury Land Cruiser that sold to the Range Rover set, but in 2014, Toyota's UK importers decided to discontinue that bigger V8 model and focus instead on the 'Light Duty Series' J150 Land Cruiser model range. To suit that remit, the J150 was made smarter and more luxurious as part of a facelift. It's that facelifted model, which sold between 2014 and early 2018, that we examine here as a used buy. Base versions were available with three doors and a short wheelbase bodystyle, but almost all buyers wanted the five-door long wheel base body shape, offered with five seats in lesser guises but with seven seats further up the range. Initially, buyers were offered the 3.0-litre version of Toyota's D-4D four cylinder diesel that'd been used previously by the J150, but in 2015, that was replaced by a slightly more efficient 2.8-litre version of the same unit. The car was facelifted again for the 2018 model year. 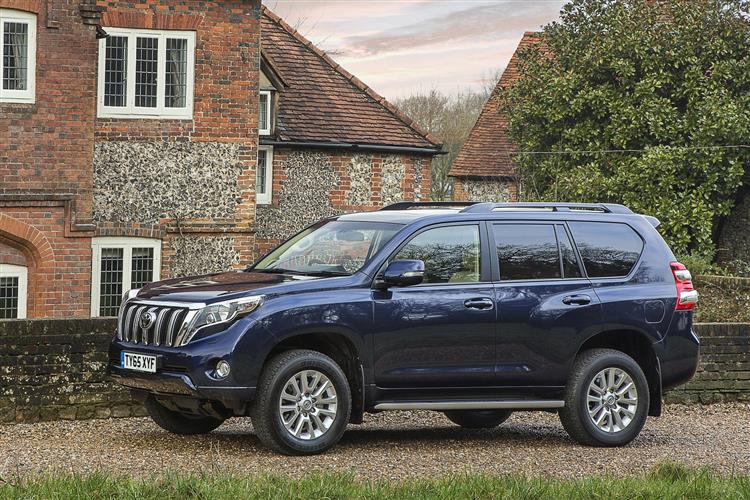