Smarter, lighter, faster and greener, Audi's improved fourth generation A6 offers a beautifully conceived and expertly executed alternative for Executive sector used car buyers considering saloon or estate versions of cars like BMW's 5 Series, Mercedes' E-Class or Jaguar's XF from the 2014 to 2017 period. Unlike these rivals, the car comes either front or four-wheel driven and so delivers a subtly different driving experience. Buyers happy with that and able to afford Audi's asking prices will probably be very happy with everything else, for it's difficult to better this model in terms of refinement, comfort, quality and technology, all delivered along with the kind of ownership and running costs that will play well in the practically-minded fleet market. In short, if you're browsing in this segment, this A6 is, more than ever, a difficult car to ignore.

While Audi's A6 has long been the world's best selling Executive car, it's rarely been Britain's overall favourite. In the improved version of this 'C7' fourth generation model, there were fewer reasons than ever for UK buyers not to consider one. This enhanced MK4 A6 was launched in 2014, quieter, lighter, smarter and more technologically advanced than was the original version of this MK4 design, introduced by Audi back in 2011. Of course, you could argue that by the 21st century's second decade, Audi really should have got very good at making this kind of car. The Ingolstadt brand has, after all, been making mid-sized business-orientated saloons and estates since 1968, changing the badgework from 'Audi 100' to 'Audi A6' in 1994 but keeping the same Teutonically clinical approach to wafting middle-aged company folk between far-flung boardrooms. All the while though, the German brand has been refining its approach, first with the second generation 'C5' model in 1997 and then with the more sophisticated 'C6' MK3 design of 2004. Throughout its life, the 'C7' generation version of this A6 has been a car tasked with heading off the increasing threat posed by close Executive segment rivals like BMW's 5 Series, Jaguar's XF and the Mercedes E-Class. Lighter and cleverer than its predecessors, this model set new standards at its original introduction, but such is the pace of progress in this sector that by 2014, the opposition was matching or better them. Hence the need for this revised version, a model that we're going to evaluate here as a used car buy. It sold until an all-new fifth generation A6 was launched by the brand in the Spring of 2018. 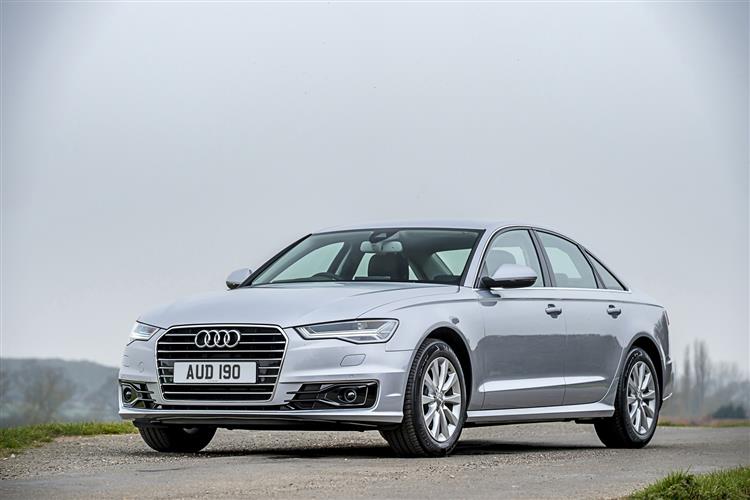