Vauxhall's Antara won't be the first car that springs to mind if you're looking for a decent, stylish and practical 5-seat SUV from the 2011 to 2015 era, something more capable than a Ford Kuga but less extreme than a Land Rover Freelander. But if that is your buying brief, the heavily revised version of this model that appeared in 2011 could be worth considering.

The era of the affordable, road-orientated compact 4x4 is a pretty recent one, broadly traceable back to the early Nineties when buyers bored of family hatchbacks sought solace in SUVs. These people would have liked to be able to afford a Land Rover Discovery or one of the smaller Toyota Land Cruisers, but they couldn't, so most of them bought a Vauxhall instead, a crude, boxy Isuzu-engineered device called the Frontera which sold here in prodigious numbers following its launch in 1991. This should have been a springboard for Vauxhall to dominate the RAV4 and Freelander sector just as it was taking off at the turn of the century - but it wasn't. The brand didn't develop the Frontera, they inexplicably failed to replace it at its demise in 2004 and it took until 2007 for the Griffin badge to return to SUV motoring in the shape of this car, the Antara. Even then, the mistakes kept coming. This Korean-built car had, it turned out, been developed for the undemanding Asian market rather than the more exacting European one, which meant that it struggled amongst Freelander folk, refinement, handling and overall finish way down on what buyers in this segment had come to expect. It all had to change - and it did (a bit) with this post-2011 facelifted version. By then, new brooms at GM had shaken out the old complacency, wresting product development control of models like this back from their Korean division and creating in the Antara a smarter, better finished product that in this form was supposed to be quieter to ride in and better to drive. Buyers were unconvinced, quality problems plagued the product and it was quietly dropped from the Vauxhall line-up in early 2016.

What You Getword count: 493

One of the few things that wasn't really wrong with this car in its original form was the way it looked - but in 2011, the stylists tweaked things anyway. So the Antara got a revised front grille with a V form that continues on up the bonnet into the A-pillars. Moving down the car, dark-toned cladding was added around the doorsill and floor areas, while at the rear, there were bolder rear light clusters. The purposeful lines remained smart and neat. But not especially small. This, after all, is a slightly larger car than a Toyota RAV4 or a Land Rover Freelander from this era. Not large enough in this case though, to incorporate a third seating seat row. On paper, this seems a little curious since this car does after all share exactly the same platform as Chevrolet's 7-seater Captiva. But the two models were aimed at very different audiences, the Chevy at families, this Vauxhall more at either younger or older buyers. Who will certainly appreciate the greater rear seat space that comes without having to shoehorn in a third row, there being lots of head and legroom all round thanks in part to a long wheelbase for this class of vehicle. You'd certainly rather be here than in the back of a Toyota RAV4, a Land Rover Freelander or a Ford Kuga from this period. It would be even better if the seats were able to slide backwards and forwards, but you can at least recline them for greater comfort on longer journeys and original buyers got the option of a multi-function centre armrest. Once you access the boot through a narrowish opening and over a highish lip, you'll find that luggage space isn't the largest in the class, compromised slightly by a high floor, but you do get 420-litres to the top of the seat backs. You can use the space effectively too if you find yourself a car whose original owner opted for the clever FlexOrganiser system that includes two rails on both rear sidewalls onto which various extra-cost elements like nets, partitions, rods or hooks can be clipped. There's also a useful underfloor compartment to keep things tidy. If more luggage space is needed, flatten the split-folding rear seats and there's 865-litres on offer to the top of the seat backs - or 1420-litres if you load up to the ceiling. Up-front, aside from a bit of fake wood on the entry-level model, it's a smart and classy cockpit, with more expensive feeling soft-touch trim and metallic inserts, upgraded seats and smarter instrument graphics. The main practical post-2011 change was the addition of an electronic handbrake, which helped in freeing up storage space between the seats. Other storage areas to deal with the detritus of family life include a pull-out compartment under the front passenger seat, a holder for sunglasses in the rooflining, nets on the front seatbacks and a parking ticket holder in the dashboard. 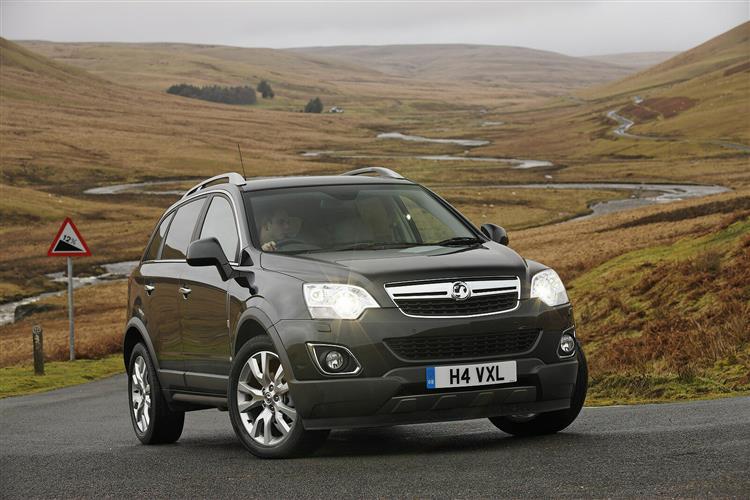