What do you want the supercar you've always dreamed of to be? Continental cruiser, Fifties throwback or track-ready sportster? With the Mercedes SLS AMG, the choice is yours. This magnificent 21st century interpretation of one of the greatest sportscars ever made is as at home outside the Monte Carlo casino as it is around Monza. And it's a magnificent achievement. Time to see how it rates as a used buy.

Jaguar E-Type fans will undoubtedly disagree but perhaps the most notable sports car of the 1950s was the classic Mercedes 300SL gullwing. With its dramatic doors, this was the ultimate supercar of its time whose very mention evokes memories of Grace Kelly and sepia-tinted black and white racing footage. The embodiment of half a century of Mercedes motorsport pedigree. And the inspiration for a modern interpretation - the brand's equally desirable SLS AMG model, launched in 2010. The original 300SL gullwing design was developed to restore the German brand's motorsport credentials which had suffered since the war. This modernday SLS AMG model's task, in contrast, was to restore the Three-Pointed Star's supercar credibility after the disappointment the marque had suffered with its SLR, a supercar co-developed with McLaren and launched in 2004. That car was supposed to be the machine that proved the Stuttgart maker capable of mixing it with the might of Ferrari at the summit of the supercar spectrum. Instead, it turned out to be just a glorified Mercedes SL with a big engine and a reluctance to reward at the wheel. With the SLS AMG, Stuttgart decided, they would go it alone, developing a supercar entirely in-house for the first time since the Fifties. And in just 37 months from a blank computer screen to production reality, their AMG division brought us this. The most dynamic, most desirable and most driver-orientated car the marque had made in decades. A Roadster version was launched to join the gullwing-doored coupe model in 2011. At the same time, Mercedes had an electric 'E-CELL' prototype doing the rounds at key motorshows. Though this was finally developed into a fully-fledged 'Electric Drive' variant in 2013, it never went into full production. Key special editions produced over the years included the 'Matte Black edition' of 2011 and the fearsome 622bhp 'Black Series' model of 2013. The SLS range stayed on sale until early 2015, when it was replaced with the cheaper but less exotic Mercedes-AMG GT model.

Whichever bodystyle you choose - Coupe or open-topped Roadster - you'll get a car that cossets its occupants with a sumptuous cabin and a raft of advanced technology features. The leather sports seats have backrests made from lightweight magnesium and are electrically adjustable in every conceivable direction. There's also a beautiful flat-bottomed steering wheel with multifunction controls for the audio, telephone and navigation systems. You also get automatic bi-xenon headlights with integrated LED daytime running lights, parking sensors, a COMMAND multi-media system with satellite navigation, climate control, metallic paint and rain-sensing wipers. Safety-wise, there are eight airbags, tyre pressure monitoring, ASR acceleration skid control, Brake Assist for emergency stops, a brake drying system for optimum wet weather braking performance and an ESP stability control system has three modes that delay its electronic intervention, allowing the driver more scope to enjoy the ballistic handling. What you don't get are rear seats - so designer handbags and Hugo Boss jackets will need to be slung in the boot. Which isn't very big - just 176-litres in the Coupe and a mere 3-litres smaller in the Roadster convertible version, thanks to the compact stowage afforded by its fabric top. 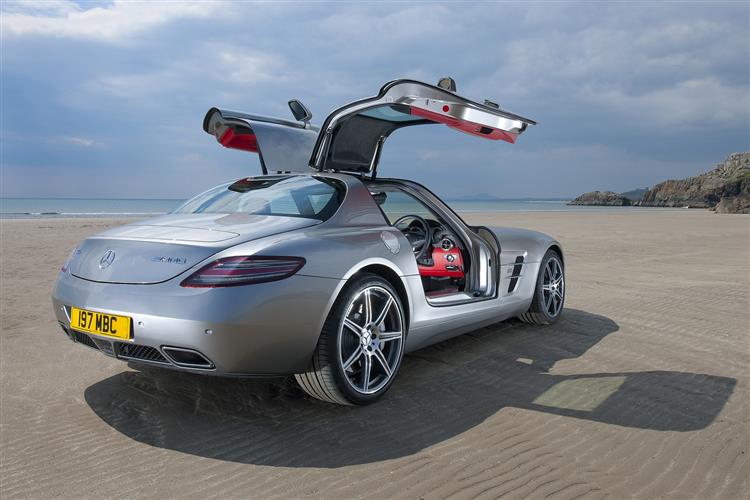