ASSAULT AND BATTERY (some text hidden)

Leave aside the arguments about cost effectiveness for a moment. The big reason most UK car buyers haven't switched to electric vehicles is pretty simple to grasp. They're worried about running out of juice on some wet and windy moorland or in a bad neighbourhood of town. Potential buyers picture their daughters borrowing an electric car, getting stranded somewhere and then promptly buy a diesel instead. Chevrolet realised it didn't have to be this way with its Volt electric car. Here was a vehicle that you could happily run after plugging it into the mains and charging the batteries, but when those batteries went flat, you had the belt and braces approach of a 1.4-litre petrol engine to ensure that you never found yourself stranded. It ought to have been a sales winner but it wasn't. Does it make a better used buy than it ever did a new one? Read on to find out.

The Chevrolet Volt was developed from General Motors' EV-1 electric vehicle program to the prototype concept that first saw motor show duty in early 2007. Then-GM CEO Rick Wagoner had stated in 2006 that the car industry needed to reduce its oil dependency, and in the background then-GM executive Bob Lutz was marshalling a team to develop a car that could travel 40 miles on electricity alone. The Volt was meant to challenge Toyota and its Prius hybrid and to spike the guns of industry upstart Tesla Motors. That 40-mile figure was key because three-quarters of commuters drive less than that distance on a daily basis. Sales were initially slow. Newspapers ran stories of vast unsold inventories of Volts across the US and after some price slashing, registrations slowly picked up. Here in the UK, we got two versions of the Volt; this Chevrolet-badged model and Vauxhall's sister vehicle, the Ampera, the latter's more UK-specific badge and marketing proving more popular. Even that car struggled though. In 2012, its first full year on sale, 5300 examples found homes across Europe. In 2013 that dropped below 3200 units, while 2014's sales fell below the 1000 mark. Can the Volt in any way be judged a success? While its proponents will point to a slowly climbing sales curve and that an improved second generation model has been developed, the fact remains that General Motors loses money on every car sold and has no plans to sell the Gen 2 Volt here in the UK. Nevertheless it's still a long way ahead of anything Ford could put in showrooms at the time and makes a fascinating used choice.

What You Getword count: 297

As you might well appreciate, a Bugatti Veyron and a Fiat Panda are conceptually more alike than the Volt and a normal hybrid or pure electric car. While it's incredibly easy to operate, it's not an easy car to fully understand. The styling is busy with many design influences going on at once, but the overall effect works and works well. Why should the Volt look like any other car (sister vehicle Vauxhall Ampera excepted) when it isn't like any other car? The coupe-like styling disguises the fact that you get four doors and a big boot. Because of the T-shaped arrangement of the battery pack, which runs down the centre of the passenger compartment and then behind the rear seats, there isn't space in the middle for a fifth berth. The fascia features two seven-inch screens, the one in the centre console offering touch-screen control and beneath that display is a myriad of 'buttons' that are touch sensitive zones on the glossy centre stack. All manner of screens will display how economically you are driving and it's even possible to get tips on improving your eco driving style. Build quality is on a par with other upper-level General Motors products which means it's extremely solidly put together. Even after you'd taken advantage of the government's plug in car grant, a Volt was still the wrong side of £28,500, which was too rich for the tastes of many UK buyers; a BMW 520d costing only slightly more. The ideal Volt customer has a garage in which they can charge the car securely at home and then has a commuting round trip of not more than 45 miles, some of it in the urban environment. If this sounds like you, the Volt could make a lot of sense. 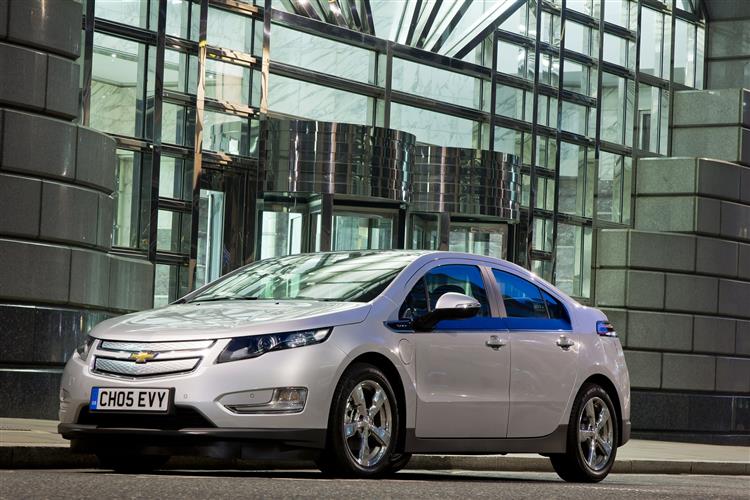