DEFENDING THE FAITH (some text hidden)

Launched in 1948 and still selling well, the classic Land Rover makes an unusual used buy. The original model was re-launched as the Defender in 1990. Still however, you find few who use the name. To most of us, this car will remain quite simply the definitive Land Rover; nothing more, nothing less. The Defender has a growing cult reputation both as a new and used vehicle. Behind the wheel, you realise just how silly and ineffectual most trendy modern off-roaders are in comparison. They may look fashionable around town but get them out in the country and they flounder. This then, is one for the serious off-road enthusiast. Look carefully before you buy, though, as unlike many other 4x4s, most Defenders will have spent a lot of time off-road.

Land Rover has never stopped improving the basic vehicle. In 1994, the company's new R380 manual gearbox was added. More importantly, so was the latest version of its turbocharged direct injection diesel engine, the '300 Tdi'. That gave way in turn, early in 1999, to the five-cylinder diesel from the Series II Discovery. Over the years, a wide variety of body-styles have been available; including short and long wheelbase cars (called 90 and 110) a pick-up, seven and twelve-seater wagons, a short-wheelbase soft-top and, most recently, a double cab pick-up. The majority of used vehicles on the market are likely to be either Series IIIs or the newer Defenders. Engine changes have been surprisingly few, given the age of the basic design, but there have been many updates and revisions. The combinations of engine and body-style are many and varied. Engines are as follows: 2.3, 2.6 and 3.5-litre petrol and 2.3-litre diesel, 2.5-litre turbodiesel and 2.5-litre Td5 turbodiesel. 2007 saw a series of tweaks to the classic design and the arrival of a 2.4-litre common-rail diesel engine matched to a six-speed gearbox. This significantly improved comfort and refinement.

What You Getword count: 95

Rugged, agricultural looks that are becoming as chic in Soho as they are unremarkable and irrelevant on muddy trails the world over. These are basic machines, sometimes in the extreme, depending on the vehicle's age. Not exactly ideal for motorway cruising, but then a Land Rover was never designed for quiet and smooth cruising - quite the opposite, in fact. It is a vehicle that will take you literally anywhere and back. That's worth remembering if you're worried about whether something so rough and ready, if also dependable and strong, is your cup of tea. 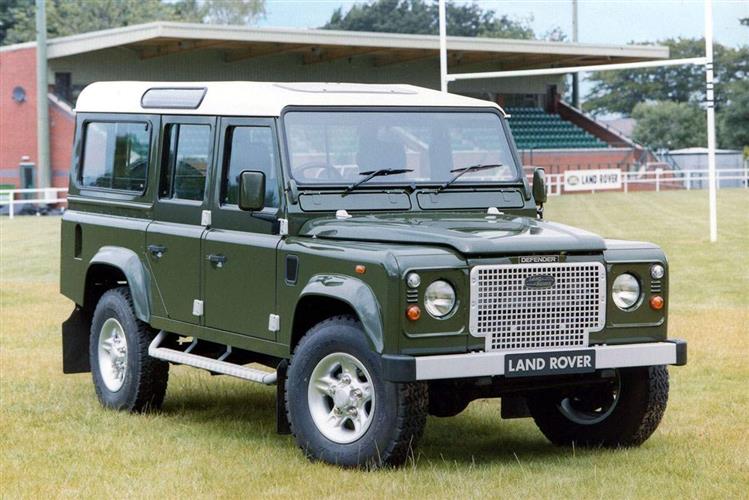