Okay, so you've long grown out of an Impreza WRX or Lancer Evo but hanker for something that's just as sure-footed and rapid in all weather conditions but which you can park at the office without your colleagues thinking you stand around in forests at the weekend with a bobble hat and a thermos flask. Something a bit less nerdy. Step forward the altogether more sophisticated second generation Audi S3. Although there are a few go-faster design cues if you know what you're looking for, the S3 isn't shouty but still knows how to bring the excitement. Here's what to look for when shopping for a used example.

Those of you with longer memories will recall the first generation Audi S3. It was a little corker. Introduced in May 1999, the S3 got a 210bhp 1.8-litre turbo engine which, due to a marketing decision, was throttled down from the 225bhp version that powered the range-topping TT. It wasn't until early 2002 that Audi did the decent thing and gave the S3 the full 225bhp monty but it was merely a last hurrah before the car was canned in 2003. It took another three years before Audi had another S3 on its books, the car we look at here in detail, the 2.0-litre 265bhp second generation model. It was originally launched as a three door-only manual model in 2006, but in late 2008, the car's appeal was enhanced with a couple of key attributes: the additional availability of a 5-door Sportback shape and the alternative of a high-tech semi-automatic gearbox, in this case Audi's clever S tronic twin-clutch system. Although the S3's thunder was stolen as the A3 line's quickest car by the 2011 introduction of the frantic RS3, it lasted until the announcement of the all-new A3 model in 2012.

What You Getword count: 83

Standard equipment includes the sort of flat-bottomed steering wheel that looks as if it's come straight out of a Lamborghini Gallardo. You also get folding leather bucket seats and a premium Bose infotainment system that features universal interfaces for mobile phones and iPods. Also included in the list of standard trim is automatic air conditioning, a driver information system with a rather naughty lap timer, an anti-theft alarm, six airbags, adaptable dampers, front fog lights and xenon headlights with a daytime running function. 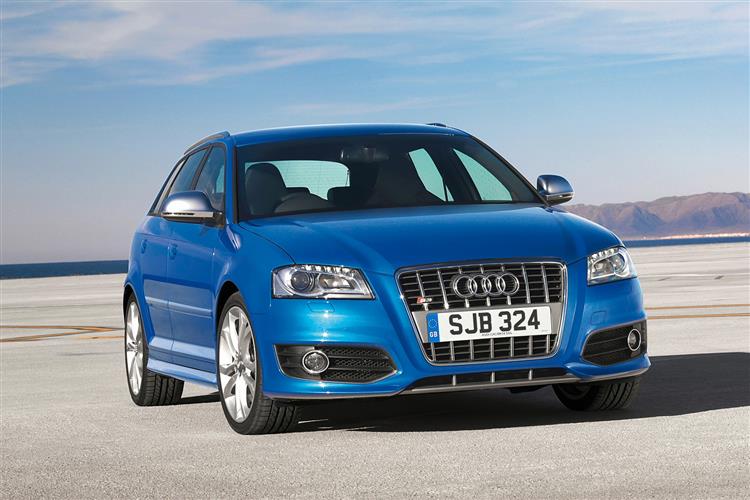